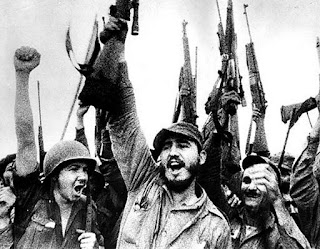 Thus, when the socialist character of the Revolution was declared, that historic April 16, unification of these three organizations was already underway, even though a single party did not yet exist.
Referring to this important process, Fidel stated in the main report to the First Party Congress, “The conditions were present for the convergence of all revolutionaries in a single Party. A process of integration at the grassroots and leadership levels had already begun earlier, but after the definitions of April 16, and the glorious victory of Girón, our Party was in fact born in the firm unity of all revolutionaries and working people, cemented by the heroism of our working class, which fought and shed its blood generously in the defense of the homeland and of socialism. From now on, we act as a single organization and under a cohesive leadership.”
Unlike the party founded by Martí to win independence, or that created by Lenin to lead Russia to the victory of October, 1917, and other examples within the revolutionary movement, our Party emerged in the heat of battles to defend the Revolution.
In the days following the resounding defeat of the mercenary invasion, the definitive steps were taken to create a new political organization, under a collective leadership. Interests and barriers, which divided, distanced, impeded and weakened the necessary unity, were left behind. From this moment forward, the Party followed an unprecedented path of creation and authenticity, closely tied to the people.
This is how our Party was born, under the unquestionable leadership of Fidel.