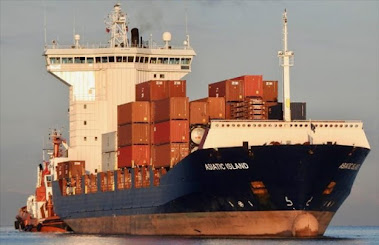 L’Unione Sindacale di Base (USB), Italy's independent, class-oriented trade union,  pointed out that the ship contained weapons and explosives that will serve to kill the Palestinian civilians, already hit by a severe attack that has killed hundreds of civilian victims, including many children.
Read more »
Posted by In Defense of Communism

COSCO dockworkers in Piraeus go on strike over collective agreements

In a statement, the All-Workers Militant Front (PAME) calls every trade union, federation, Regional Trade Union Center, every worker and unionist to stand by the great struggle of the workers at the piers of Piraeus who continue their  struggle with a new Strike on Friday 7 September so as to sign Collective Contract.
We call on the trade unions of each country, in particular the Trade Unions in Ports and Transport Workers, to express Solidarity and Support to the COSCO Workers' Strike at Piraeus Port.
Read more »
Posted by In Defense of Communism 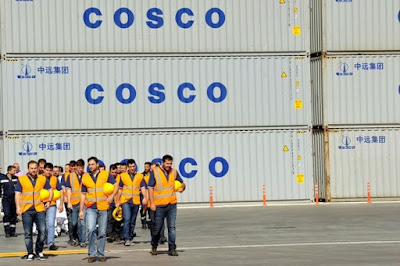 PAME states that "the attack took place last week during the Union’s briefing to the workers, in the middle of the day, while the union is on procedures of collective bargaining."
Read more »
Posted by In Defense of Communism