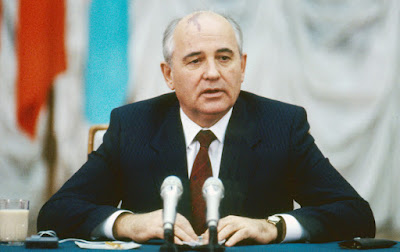 Mikhail Gorbachev, the counterrevolutionary who betrayed the dreams and aspirations of millions of people in the former Soviet Union, has died at the age of 91.

"Gorbachev passed away tonight after a serious and protracted disease," Interfax news agency cited Russia's Central Clinical Hospital as saying in a statement.

Gorbachev will be buried in Moscow's Novodevichy Cemetery next to his wife Raisa, who died in 1999, said Tass news agency, citing the foundation that the former Soviet leader set up once he left office.