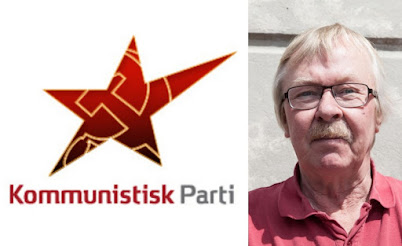 Bo has been responsible for many areas. For many years he was the international secretary of the party. He was a very industrious contributor to our newspaper Kommunist where he for many years did  the economy column and at the same time did history and schooling articles. After Betty´s death he assumed for a short period the task of editor.

Bo was for many years the chairman of his local party organization, and he engaged locally in the struggle against the EU. Here he was also the chairman of the local committee of the popular movement until his death. Friendship association counted him as a faithful member. Bo Moeller 68 years,  leaves behind a wife, children and grandchildren.