100th anniversary of the Young Communist League of South Africa 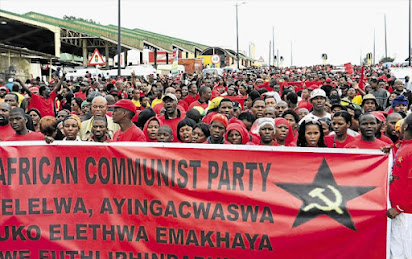 In a statement about the 100th anniversary of the Young Communist League of South Africa, the South African Communist Party (SACP) points out:

The SACP salutes the young communists for their contribution to our struggle for liberation and socialism. Despite the apartheid regime banning the Communist Party inclusive of the Young Communist League in 1950 under the Suppression of Communism Act, young communists up to the age of 35 were there in their own right as Party members when the Party reconstituted itself underground. Young Communists were there in Party life, including in the armed struggle, in mass mobilisation, and in the international isolation of the apartheid regime. Although there was a time in the past when the cut-off age of the youth in the world communist movement was 28, today in South Africa we use the cut-off age of 35 to refer, retrospectively, to communist activists of that age and younger than that as young communists.

After a careful assessment of the state of organisation of the youth in our country at our 11th National Congress held in Rustenburg in 2002, the SACP resolved to re-establish the Young Communist League. While we had young communists after unbanning in 1990 within the ranks of the Party, like all along, the reality of our situation increasingly demanded that we re-establish a dedicated communist organisation of young people, the youth wing of our Party and the scientific socialist voice of the mass of young people. Especially after the government imposed the neoliberal GEAR class project of 1996, it became abundantly clear that we needed the change in Party Organisation in the ranks of the youth.

Since the 1996 GEAR class project, unemployment in our country never came down to 20 per cent, needless to mention any level below that, after rising from its lowest level in our democratic dispensation, but which was a whopping 16.5 per cent by the narrow definition in 1995. Because of the neoliberal policy regime and its failures, unemployment fluctuated above the 20 per cent crisis-high levels, growing with every system crisis (for example, the 2008 global economic crisis, the end of the global minerals super-cycle in 2011, and the global COVID-19 pandemic). It has now reached untold catastrophic levels. In all this, the African youth in particular and the black youth in general are the hardest hit. Within these population groups, the majority of those most affected are young women. This is what deeply concerned us and continues to concern us to this day.

With a dedicated communist youth organisation, voice and action through the Young Communist League, we began building a different worldview challenging the neoliberal policy regime in the ranks of the youth as a crucial layer of our society. Rome was not built in one day. In addition, the neoliberal policy regime is backed by powerful supranational institutions and domestic transmission belts with more resources than our opposition to it.

The SACP has resolved to forge a popular left front movement, to move the national democratic revolution into a second radical phase, and to advance, deepen and defend the revolution on all fronts. The task of the Young Communist League is to play its part in the ranks of the youth by building a popular left front youth movement.

As we resolved, the ANC-led Alliance needs to reconfigure to strengthen its strategic relevance and optimise its impact. We have built efforts to achieve the reconfiguration. However, based on unfolding realities, we cannot invest all our expectations in favourable outcomes on that score. For example, the reconfiguration cannot be reduced to a number of Alliance meetings, by the way excluding Alliance Economic Policy Summits, held since the SACP put the matter on the Alliance agenda. It is both about the organisational form and essence of the Alliance. 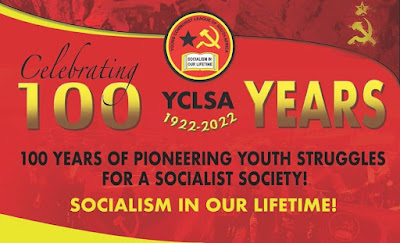 In terms of essence, the reconfiguration is particularly about re-centring the revolutionary content and shared strategy of the Alliance, the national democratic revolution proper. This is incompatible with neoliberalism. That is, it is neoliberalism’s direct opposite. Therefore, as part of its reconfiguration, the Alliance must denounce neoliberalism both in theory and in practice and roll it back in the public policy space, including at the National Treasury and at the Reserve Bank, in both fiscal and monetary policies. Pursuing the same failed neoliberal policy regime will not resolve the crisis-high levels of unemployment, poverty, inequality and the associated crisis of social reproduction.

We must deepen our struggle for a change in policy direction. Like the Alliance reconfiguration, unless we together turn things around in the balance of class forces, with the YCL increasingly strong among the youth, we are unlikely to achieve a breakthrough. Building the widest possible working-class unity in the ranks of all strata of the working-class, including the youth, by among others forging a popular left front movement, is the way to go. This is true for every other form of political contest. As Joe Slovo reminds us of Vladimir Lenin’s words in his popular 1988 pamphlet titled “South African Working Class and the National Democratic Revolution”:

“To become a power the class-conscious workers must win the majority to their side. As long as no violence is used against the people there is no other road to power. We are not Blanquists, we do not stand for the seizure of power by a minority.” (Lenin Selected Works, Vol. 2)

This is a clarion call to strengthen our efforts to build maximum working-class unity, power and hegemony, to achieve a change and advance towards a revolutionary breakthrough on all sites of the struggle and key centres of societal power, including the most concentrated ones, the economy and the state.

We want to take this opportunity to reiterate our solidarity with the striking workers at Sibanye-Stillwater, whose CEO Neil Foreman was alone paid 300 million rands by the mining house in 2021. The man wants millions for himself and shareholders only. Together with his board, he is refusing to grant exploited workers at the mining house a mere 1,000 rands wage increase.

Together as part of the working-class we face the challenge of confronting the economic oligarchs not only at Sibanye-Stillwater but across the length and breadth of our economy. Unless we do this, the economic oligarchs will continue widening inequality by amassing the entire production surplus in value terms. It is the task of the youth to be active in this struggle for social justice and universal emancipation".