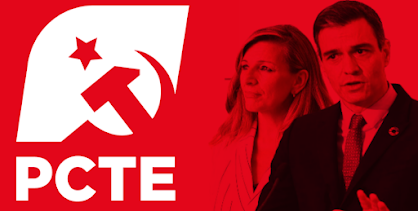 Spain will increase the national minimum wage by 3.6% to 1,167 euros ($1,334) per month, Labour Minister Yolanda Diaz said on Wednesday. Calling the increase “a very important milestone”, Diaz said that seeking to compete with other nations by pushing down salaries in the past had led to a weak economy and precarious businesses, and was profoundly unjust.

The social democratic government of Pedro Sanchez is trying to present this decision as a great success of pro-people policy. However the rise of inflation alone diminishes the increase and the minimum wage remains below the poverty line.
Despite the fact that this is the fourth such hike since the left-wing coalition government (PSOE and Unidas Podemos) came to power in 2019, the minimum wage does not exceed the official poverty line which is set as the 60% of the average national income. The government's plan is to bring the minimum wage to 60% of the average monthly salary (1,944 euros per month) while, at the same time, it constantly provides new gifts for the big capital accompanied, including anti-worker measures and regulations.

Commenting on the governmental celebrations over the latest increase, the Communist Party of the Workers of Spain (PCTE) points out: “Don't be fooled, the increase of the minimum salary is still clearly insufficient and we didn't win. With inflation skyrocketing, it is still the working class that loses and the bourgeoisie that wins, since the rises are not even equal to the inflation rates”.

The wealth of Spain's multimillionaires has been increased while, at the same time, inflation surpasses 4% and prices in general have risen by 6%, the PCTE stresses out and adds: “Lets be clear, they are richer because they exploit us more. Then they will you that the class struggle doesn't exist”. (PCTE Facebook)

It is reminded that a month ago, the Communist Party of the Workers of Spain (PCTE) had condemned the anti-worker regulations of the so-called "Labour Reform" (Reforma Laboral) prepared by Sanchez' social democratic government.