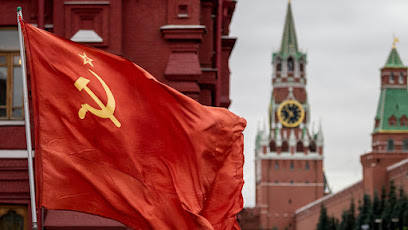 According to the survey, which was conducted between 19 and 26 August 2021, half of Russians (49%) would prefer the Soviet political system. This is the highest number since the early 2000s. Only 18% chose the current political system, while 16% believe that the best political system is “the Western model of democracy”.
Not surprisingly, the Soviet political system is the most popular among respondents 55 year and older (almost 62%), who are the ones that have more memories from life in the USSR. Also, two-thirds of Russians (62%) believe that the best economic system should incorporate state planning and distribution, while only 24% of the respondents are inclined to a system based on private property and market relations.

The above survey, as well as the electoral strengthening of the Communist Party (CPRF) in the recent legislative elections, is an indicator that the ideals of socialism have deep roots in Russia, despite the persistent efforts by the bourgeois mechanisms to slander socialism-communism and the Soviet era.

We remind that a poll conducted a year ago showed that 47% of Russians acknowledge that life in the country was better before the disastrous "Perestroika" policy. At the same time an overwhelming percentage of Russians (75%) believe that the Soviet era was the "greatest period" in the country's history.