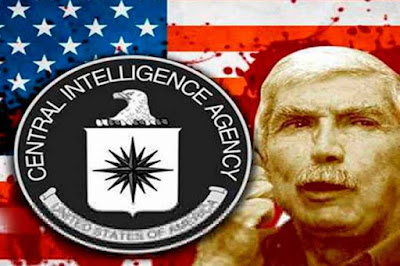 The most infamous terrorist in the Western Hemisphere, Luis Posada Carriles, died on May 23 in Miami, without paying his debts to justice or reparations to a single one of his victims.
The United States protected Posada Carriles until his final days, training him to plant bombs and carry out terrorist attacks against hundreds of Cubans.
According to a press statement by his lawyer, Posada Carriles died on the morning of May 23, at his Miramar home in South Florida. Although the cause of his death is still unknown, he was reported to be suffering from throat cancer.
Born in Cuba February 15, 1928, Posada joined the forces of the Fulgencio Batista dictatorship and later participated in the mercenary invasion at Playa Girón.


Trained by the CIA, Posada Carriles was involved in various attempts to assassinate the leader of the Cuban Revolution, Fidel Castro.
From 1960 through 1974, he served as a security advisor to the governments of Argentina, El Salvador, Guatemala, and Venezuela where he organized forced disappearances and torture sessions.
The intellectual author of the 1976 downing of a Cubana de Aviación plane over Barbados, killing 73 people, Carriles worked for the CIA and was one of its principal agents during early attempts to overthrow the Cuban Revolution.
Posada Carriles and the late Orlando Bosch were both arrested in Caracas in 1976 by Venezuelan police, accused of organizing the attack on the Cuban plane. In 1985 Carriles fled to Miami after escaping from prison while awaiting sentencing.
Despite being aware of his involvement in terrorist attacks, the U.S. government refused to deport Carriles. A declassified U.S. State Department document from 1976 cites Posada Carriles as the most likely author of the Barbados crime.
Recently declassified files regarding the assassination of former U.S. President John F. Kennedy contain information on Carriles, who was considered so dangerous that the CIA itself was monitoring him.
More recently Posada Carriles was involved in an assassination attempt against Fidel Castro at the University of Panama in 2000, during the 10th Ibero-American Summit of Latin American and European Heads of State. 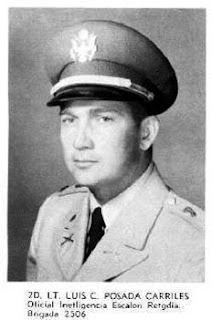 The Cuban American National Foundation (CANF) was also implicated in the plot, along with several members of Miami’s right-wing anti-Cuban mafia. Posada and his co-conspirators were arrested following evidence presented by the Cuban delegation on arrival in Panama. However, the terrorist was pardoned by former Panamanian President Mireya Moscoso just before her term in office ended in 2004, and after receiving million of dollars in bribes from the anti-Cuban community in Miami.
He was arrested again in 2005 after illegally entering the United States, but released two years later after paying a fine and despite international calls for his extradition to Venezuela, where he was a fugitive from justice.
Meanwhile, Judge Kathleen Cardone threw out charges of immigration fraud against Carriles in 2011, citing him as “old and infirm.” The known terrorist continued to live and carry out subversive activities in the United States under the protection of the country’s government until his death.
Source: Granma Internacional.