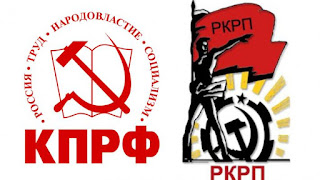 From its side, the Russian Communist Workers Party (RCWP) has nominated trade unionist, worker at the Kirovsky Zavod factory, Natalia Lisitsyna as its candidate for the presidential elections.
Posted by In Defense of Communism