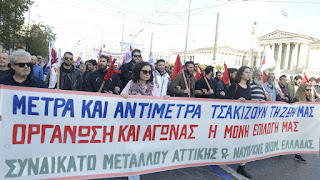 A message for the escalation of struggle against the antipeople-antiworkers policies of the SYRIZA coalition government was today's militant strike mobilizations across Greece.

In Athens, the organised by the All-Workers Militant Front (PAME), demonstration began at Omonoia Square and through the city center passed towards the U.S. embassy, as a symbolic action against the recent Trump's decision on Jerusalem.


The Secretary General of the Communist Party of Greece, Dimitris Koutsoumbas, attended the Athens demonstration.

From very early in the morning, thousands of workers began the organization of the strike by guarding labor places against strikebreaking mechanisms. In the northern city of Ioannina, following orders of a super market chain's employer, security guards attacked strikers.

Except from Athens, militant rallies were held in Greece's major cities, including Thessaloniki, Patras, Kavala, Kozani and elsewhere. Below you can see photos from today's mobilization in Athens, as they were published at 902.gr portal. 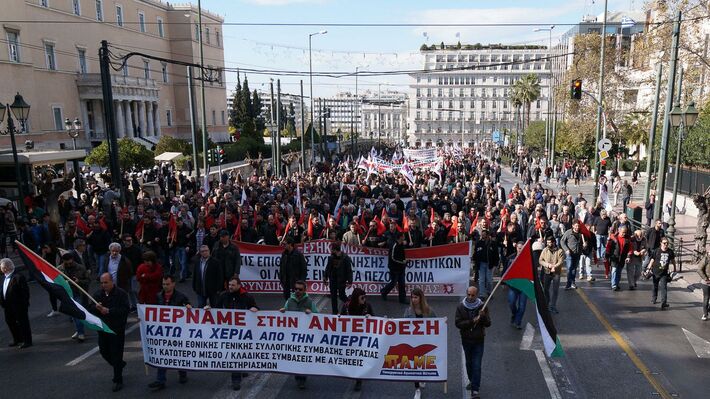 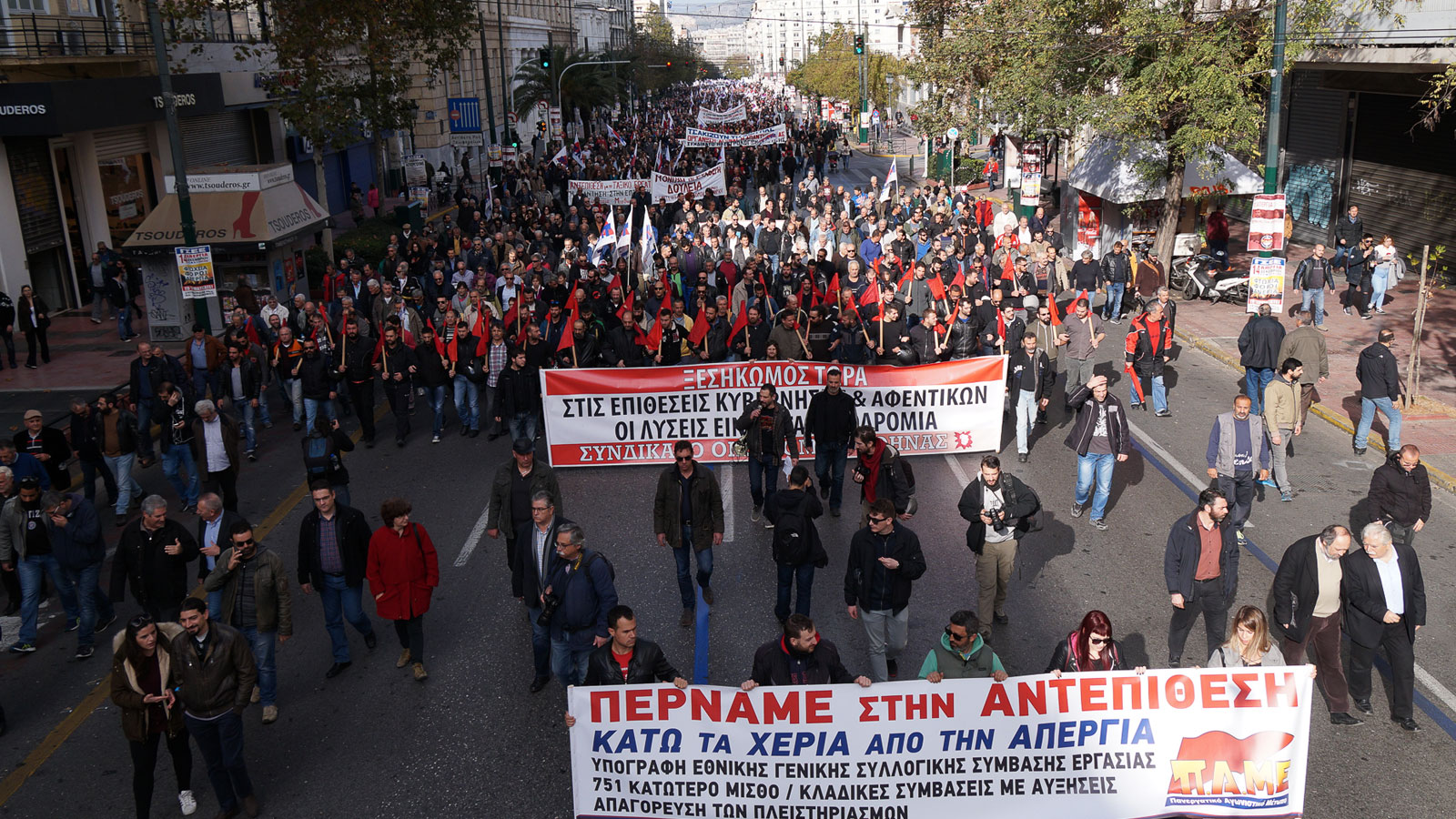 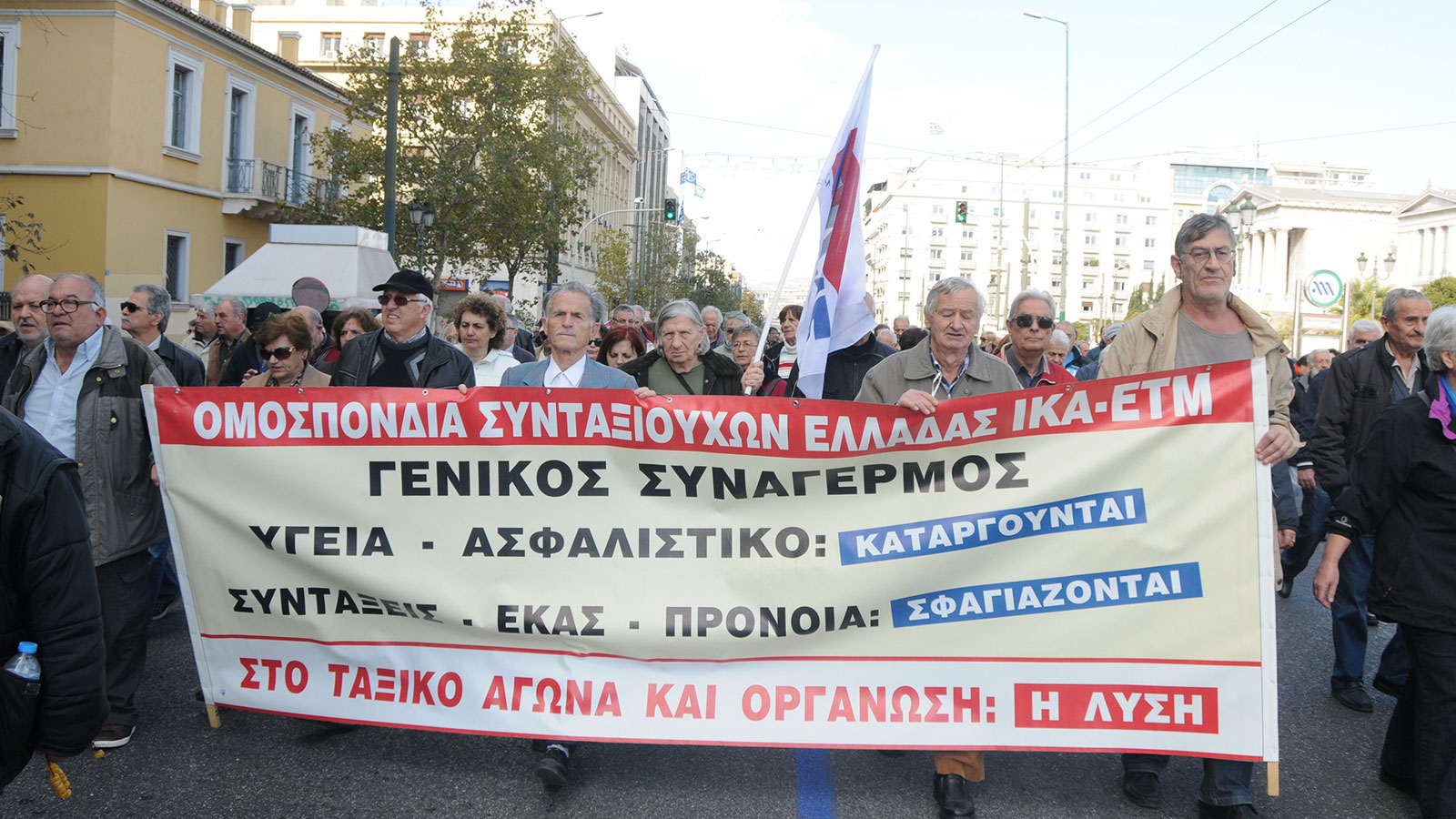 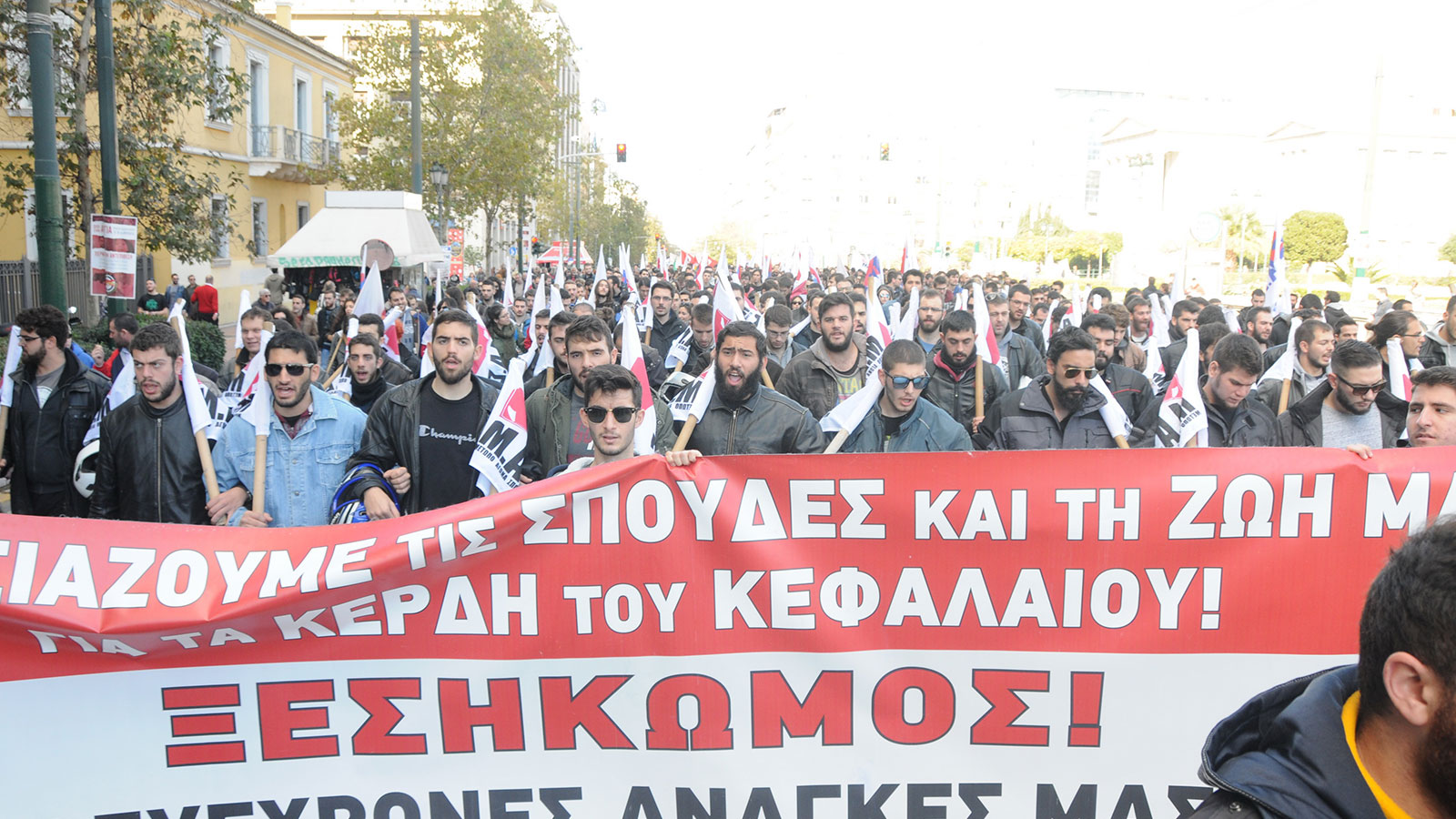 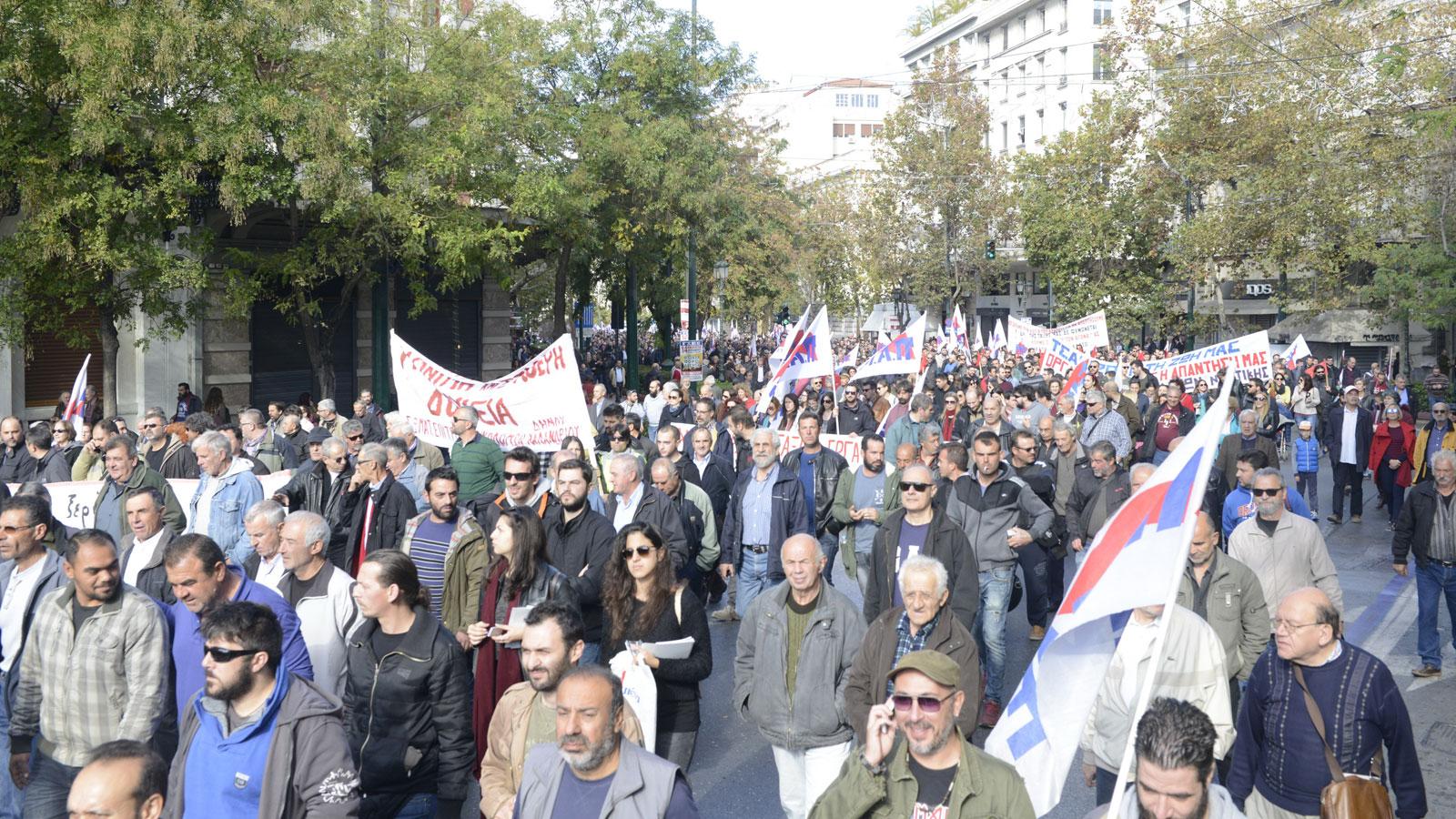