Last week, the EU Parliament rejected 12 caricatures by Greek artists for a Brussels exhibition as “inflammatory” cartoons mocking EU leaders and their policies allegedly go against “European values.”
The exhibition, featuring work from both French and Greek cartoonists, was due to be unveiled at the European Parliament in Brussels on September 25 as part of the year marking 60th anniversary of the Treaty of Rome. However, after evaluating the work for offensive content, Liberal Democrats' MEP Catherine Bearder rejected 12 of the 28 submissions from Greek artists. From their side, organizers denounced it as an act of “violent censorship.”


Below, you can see the cartoons (caricatures) which were rejected by the EU's "politically correct" censorship: 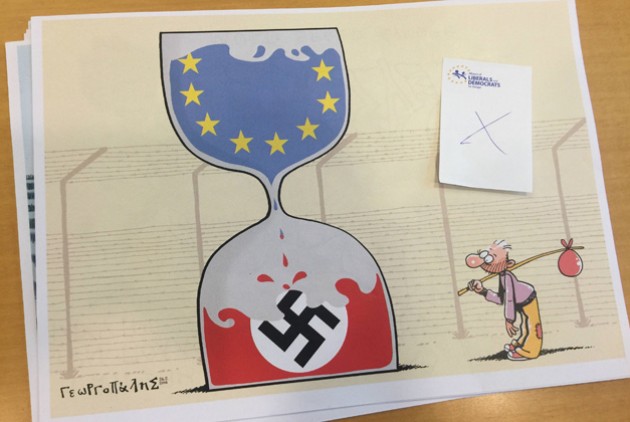 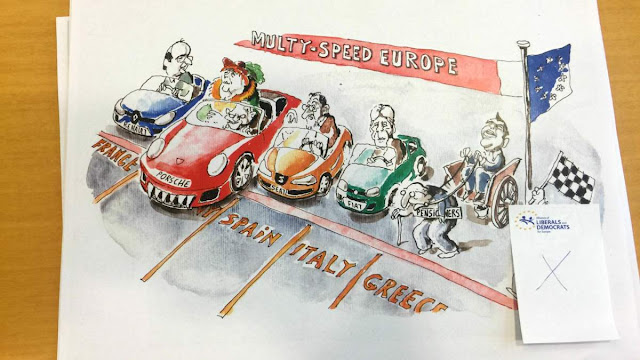 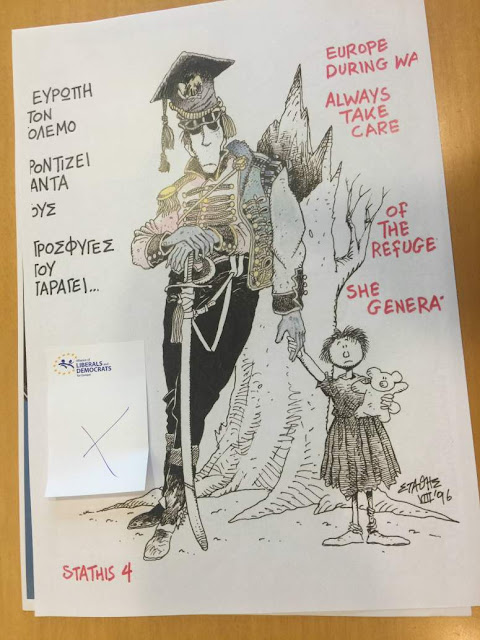 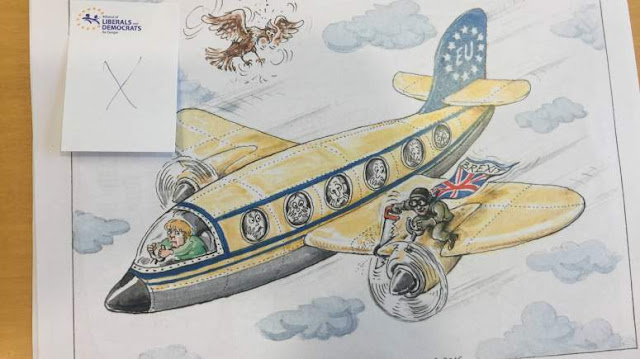 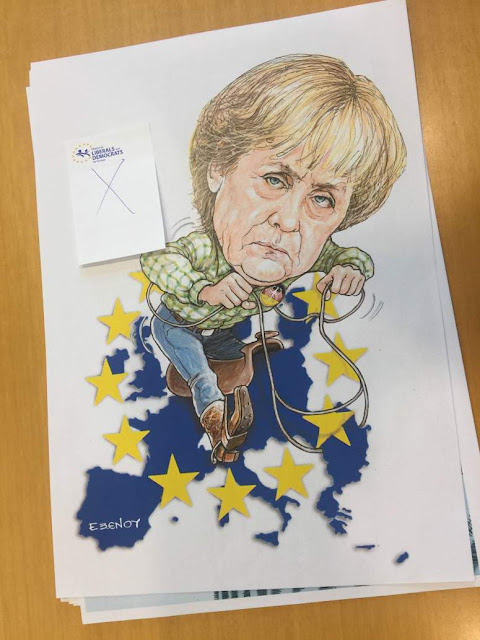 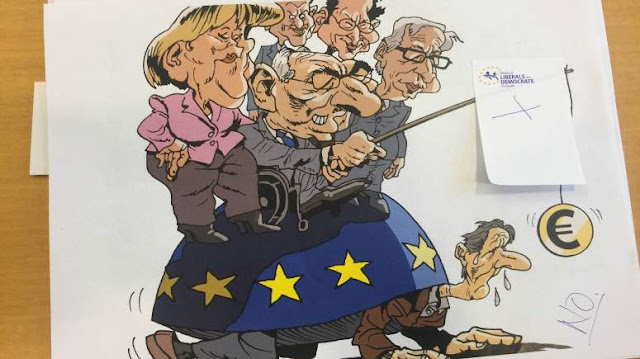