The banners of the Nazis have only one place: The dustbin of History. That isn't a rhetorical or a theoretical figure of speech; it's a purely practical issue. Only the people, the organised labor movement, have the power to isolate and smash the nazi snake. Once and for all. 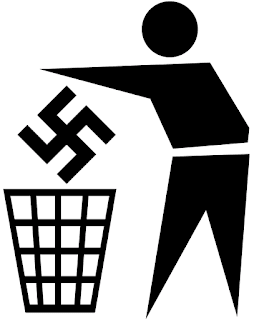