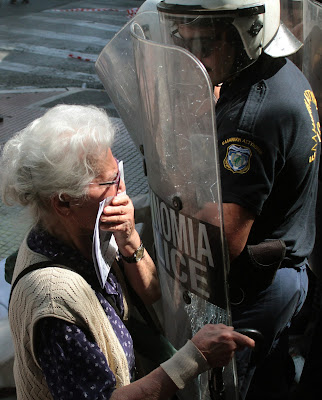 This lady, Katina Manitara, consists a symbol of resistance, of courage and dignity.