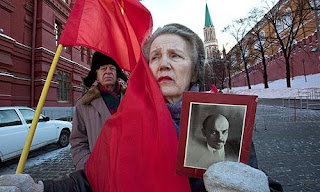 A new survey, conducted by Russian Public Opinion Research Center (VCIOM), M-Vector, Ipsos, Expert Fikri and Qafqaz in 11 countries of the former Soviet Union, at the request of Sputnik news agency and radio, shows that the residents of 9 out of 11 surveyed former Soviet countries aged over 35 believe that life in the USSR was better than it has been since the breakup of the Soviet Union.

Also read: Life was better under Communism" says the majority of Russians, Romanians and Eastern Germans.

The survey was conducted by VCIOM in Russia, M-Vector in Kyrgyzstan and Tajikistan, as well as Ipsos, Expert Fikri and Qafqaz in other countries of the former Soviet Union from July 4 to August 15, 2016. A total of 12,645 respondents took part in the survey. The survey involved 1,000 respondents each in Armenia, Azerbaijan, Belarus, Moldova, Georgia, Kazakhstan, Kyrgyzstan, Tajikistan, 1,045 respondents in Uzbekistan, 2,000 in Ukraine and 1,600 in Russia. The samples used represent the respective country's population by sex, age and location. The maximum sampling error does not exceed 3.1% with a 95% confidence level.