In a written question submitted on November 2020 the Communist Party of Greece (KKE) MEP Kostas Papadakis asked the EU Commission to provide its opinion concerning the new despicable anti-communist law of Slovakia's coalition government that characterizes the Slovakian Communist Party as a “criminal and reprehensible organization”.
In her response, the Vice President of the EU Commission Vera Jourová provocatively turns a blind eye to the anti-communist legislation of Slovakia that aims to criminalize communist ideology and the activity of the communists.
Read more »
Posted by In Defense of Communism 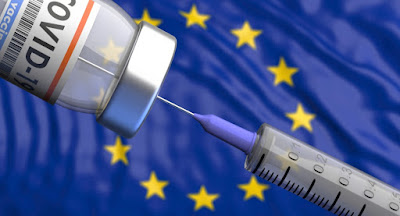 As 902 portal reported, the EU Parliament group of the Communist Party of Greece (KKE) raised the issue during the discussion for “EU's vaccination strategy against COVID-19” in the Parliament's Plenary. In his intervention, KKE MEP Kostas Papadakis asked from the Commission to publish the contracts between the EU and Pharmaceutical industries concerning the COVID-19 vaccines.
Read more »
Posted by In Defense of Communism 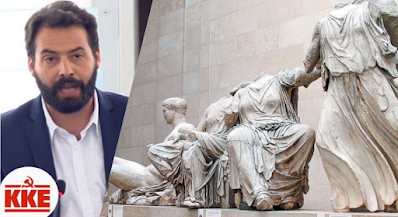