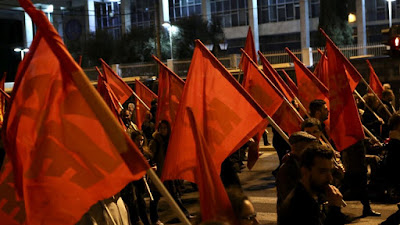 By Nikos Sofianos*
Read more »
Posted by In Defense of Communism

More specifically Papadakis pointed out the following:
Read more »
Posted by In Defense of Communism

“There is no greatest depravity than using uprooted, tortured people for your own aspirations, like Erdogan does, who blackmails for more support by the EU and NATO for his intervention in Northern Syria as well as in his other plans. For that reason, the needed protection of the borders can neither target the refugees nor acquitting EU and NATO which uproot people and have led to the entrapment of thousands of refugees in the Aegean islands and in Evros, thus playing Erdogan’s game. And certainly it cannot be utilized for the emboldenment of reactionary, racist voices”.
Read more »
Posted by In Defense of Communism 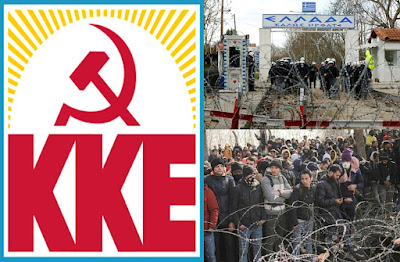 The conservative ND government also decided to suspend new asylum applications, while the presence of army units and police forces across Kastanies border gates has been strengthened. Additionally, Athens has requested from EU border agency FRONTEX to provide additional aid in the protection of the borders.
Read more »
Posted by In Defense of Communism

A horrendous scandal that exposes decades of institutionalised patriarchal and misogynist values has been revealed in Ireland . Thousands o...