Greece: Mass rally at the Ministry of National Defence against involvement in the imperialist war 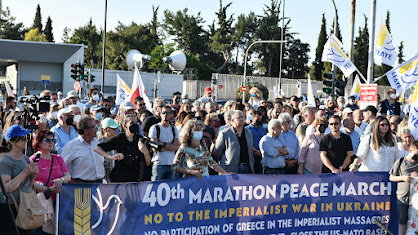 A mass rally was held on Sunday 22/5/2022 at the Ministry of National Defence of Greece, the finishing line of the 40th Marathon Peace March, which had started at 8 am from the Marathon Tomb, conveying the message of opposition to the imperialist war, Greece’s involvement in it, and the country’s entanglement in the dangerous plans of NATO.

The march was organized by the Greek Committee for International Détente and Peace (EEDYE), which on the same day organized other mass anti-imperialist demonstrations in Thessaloniki as well as in cities in the Peloponnese, Thessaly, Epirus, Macedonia, and Thrace.
Read more » 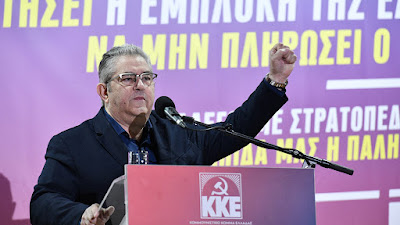