SACP: The Significance of the 1917 October Revolution for South Africa (19th IMCWP)

Contribution of the South African Communist Party (SACP) at the 19th International Meeting of Communist and Workers' Parties, held in Leningrad (St.Peterburg), 2-4 November 2017.
The Significance of the Russian Revolution for South Africa

The dramatic events unfolding in Russia in late 1917 were eagerly followed, as best as they could, by a small group of radical socialists in the far south of the African continent. On 16 November 1917, less than two weeks after the beginning of the Bolshevik revolution, their weekly newspaper, The International, published an editorial titled, “The Great Events in Russia”:
“The cable news regarding the revolution in Russia is so confusing and every day so contradictory that it is hopeless attempting to build on them”, the editorial noted. Nonetheless, sensing something important was happening, it observed accurately that the “Maximalist [Bolshevik] wing of the Social Democratic Party has been gaining strength since the political revolution.” The editorial ended on a cautionary note, “should the Social Democrats fail, we can expect the most bloody massacre of the working men of Petrograd that history has ever recorded. Long live the Social Revolution, the light of the East.”
A few months later, in March 1918, with the imperialist-directed counter-revolution unleashed in Russia, The International called on the South African working class to show solidarity with their Russian comrades: “Workers of South Africa! Arouse from your submissiveness and lethargy, and show that you see through this foul conspiracy of International Capital against the Russian workmen. The cause of the Russian workmen is your cause. Workers of the world UNITE. You have a world to win.” The references to South African working class “submissiveness” and “lethargy” suggest that The International collective felt somewhat isolated in South Africa in their enthusiasm and concern for the events unfolding in Russia.
The International was the organ of the International Socialist League (ISL) which, like other splits in the socialist movement at the time, had broken away in 1915 from the South African Labour Party. The break was in principled opposition to the South African Labour Party’s support for the newly formed Union of South Africa government’s participation in the inter-imperialist First World War. The ISL was the nucleus of what, in 1921, was to become, the Communist Party of South Africa, affiliated to the Communist International.
Radical socialist traditions were brought into South Africa by white workers and professionals drawn largely to the country by the mining industry which experienced a massive boom in the late 19th century and then, again, following the end of the Anglo-Boer War at the turn of the century, and the establishment of the Union of South Africa as a British Dominion in 1910. Another early radical socialist influence was from Jewish immigrants fleeing pogroms in Tsarist Russia and Eastern Europe. This latter group had ties with protagonists involved in the revolutionary events unfolding in faraway Eastern Europe.
By late 1918 the ISL collective began to feel greater optimism about the Russian revolution. The collective published a pamphlet titled “The Bolsheviks are Coming”, in English as well as in isiZulu and seSotho, and addressing itself:  “TO THE WORKERS OF SOUTH AFRICA – BLACK AS WELL AS WHITE”. “The hope of the workers is coming from Bolshevism. The free commonwealth of labour is an actual fact in Russia today”, the pamphlet proclaimed.
“Bolshevism means the victory of the wage-earners. It will soon spread to Britain, France, America and throughout the world. Get Ready for the World-wide Republic of Labour.”
Clearly, the ISL collective at the time shared the same belief as the Bolsheviks that the October Revolution was a catalyst in a semi-peripheral society that would soon ignite socialist revolutions in the more developed capitalist societies of the West. The strategic calculation was that the westward spread of the revolution (and, presumably, only the westward spread), would create the conditions both for the defence and consolidation of socialism in Russia, and for a future world revolution.
Yet, as we know, a different trajectory was to emerge out of the October Revolution. It was a trajectory with significant implications for the socialist struggle in South Africa and, indeed, through much of the world.

The October Revolution and the critical strategic role of Lenin
Compared to all other preceding social revolutions, both the timing and character of the October 1917 Russian Revolution was informed by a strategic programmatic theory. As Prabhat Patnaik has recently written, the Bolshevik Revolution was not a coup, but nor was it an unplanned and purely spontaneous event. Unlike the Paris Commune, or the February 1917 Russian uprising, the October Revolution was guided and led by a programmatic strategy, based on a Marxist analysis of the concrete reality[1]. Lenin’s strategic and organisational role in this regard was absolutely central.
At the heart of Lenin’s contribution was his appreciation of the thoroughly dialectical nature of capitalism’s combined and uneven development. Lenin developed several inter-related core organising concepts that were critical for the October Revolution. In the first place, in his polemical engagement with the New Iskra tradition, Lenin argued that in societies coming late to capitalism, the national bourgeoisie was not capable of abolishing the yoke of feudalism and of completing the bourgeois revolution. This leadership task fell to the working class in alliance with the peasantry, and, accordingly, the strategic agenda became a proletarian-led, uninterrupted advance beyond capitalism towards socialism.
This strategic perspective grounded the necessity for a worker-peasant alliance against feudalism in the first phase of the struggle. It, in effect, broke with a mechanical and stage-ist, evolutionism. As Patnaik puts its neatly: “this shift in attitude…made Marxism, till then confined to Europe, a revolutionary doctrine of relevance to the entire world, no matter how limited the degree of its capitalist development had been.”
The second and related insight was Lenin’s analysis of imperialism. In this he differed both with the reformist evolutionism of a Kautsky, who had argued that the imperialist stage of monopoly capital constituted a short and relatively painless stepping stone to socialism, and the more radical argument advanced by Rosa Luxemburg that the crises of imperialism, exemplified by the inter-imperialist First World War, signalled the imminent global collapse of capitalism requiring more or less spontaneous mass strikes to bring it down.
For Lenin, imperialism for all of its chronic instability, was not necessarily on the verge of systemic collapse. Rather, its crises and its uneven development created weak links within its global chain. In 1917, Tsarist Russia, staggering under a multiplicity of contradictions, was the “weakest link” and an active revolutionary advance there would set off a chain reaction across the system – with expectations particularly vested in countries like Germany, with a large working class and a mass socialist party. 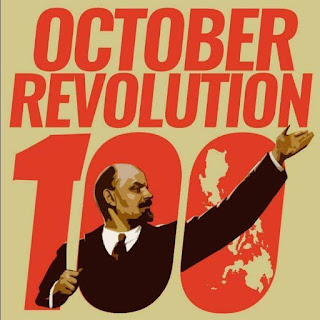 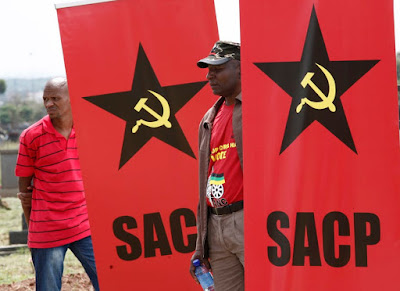 As Lenin and MN Roy had correctly recognised in 1920, national movements in the semi-periphery of the imperialist world are likely to exhibit two divergent tendencies, a bourgeois-democratic and a national-revolutionary tendency. From the mid-1950s through to the early 1990s, it was the national-revolutionary tendency that was clearly the dominant but never the exclusive current within the ANC.
Since at least 1994, a sharp internal debate has been at play within the ANC-led alliance around these two tendencies. For a variety of reasons, it is the bourgeois-democratic tendency that has prevailed over the past two decades. And in its prevailing we can recognise all of the problematic illusions that Lenin so acutely critiqued in his polemics with Bernstein, Kautsky and the New Iskra tendency – notably the assumption that progress is essentially evolutionary, stage-ist, un-dialectical – that progress is made from its most “developed” side and never from the weak-link, never as result of the thoroughly uneven, under-development inherent in capitalist accumulation.
In South Africa this evolutionist tendency has conceptualised our democratic breakthrough as a “return” of a formerly ostracised South Africa into the bosom and “normality” of a happy family of nations (as if the relative and always only partial isolation of apartheid South Africa was not exactly one of the key strategies of the ANC itself). Archbishop Tutu, in his foreword to the report of the Truth and Reconciliation Commission, proclaimed that the demise of apartheid marked the end of the three great “anomalous crimes” against humanity of the 20th century – which he characterised as fascism, supposedly abolished in 1945, Communism supposedly abolished with the fall of the Berlin Wall, and now apartheid in 1994. Radically absent from Tutu’s world-view was any sense of the persisting reality of imperialism and its centuries’ long existence in a variety of colonial, semi-colonial, and indeed internal colonial forms as in white minority rule in South Africa. Apartheid was, of course, never a stand-alone reality but an integral part of a persisting and wider imperialist system which, if anything, had grown stronger and more arrogant with the collapse of the Soviet bloc.
Although Tutu has never been an ANC member, this kind of perspective was generally shared by successive ANC leadership figures after 1994, including many who had formerly been SACP members. The “completion” of the National Democratic Revolution was now conceptualised as “normalising” South Africa capitalism by “de-racialising” (but not socialising) private ownership and control of monopoly capital. A supposedly “patriotic”, emergent black capitalist stratum promoted through a variety of state interventions has been invoked as the leading class force in the National Democratic Revolution. Any serious anti-monopoly capital, anti-imperialist, socialist-oriented advance is deferred to a distant and largely symbolic future “stage”. Lenin’s call for an uninterrupted advance has been forgotten in these quarters.
Sadly, but inevitably, these strategic and programmatic illusions have now resulted in the significant stagnation of democratic advances and of the ANC itself. The supposed black “patriotic” bourgeoisie has inevitably proven to be essentially a parasitic and compradorist force, dependent for its primary accumulation on pillaging public resources through increasingly criminal means that have factionalised the ANC and polluted our hard won democracy. National sovereignty, a key task of the national democratic revolution, is betrayed through illicit capital transfers to Dubai and other tax havens.
The deep structural distortions of our capitalist political economy remain untransformed – among them, extraordinarily high levels of monopoly concentration; a racialised spatial economy now perpetuated by the property market as effectively as any apartheid era social engineering; and our continued semi-peripheral primary commodity exporter status within the global capitalist chain. These structural features, in turn, are reproducing crisis-levels of largely racialised unemployment (currently at 27,7% in the narrow definition), inequality and poverty.
The current cul-de-sac into which our national democratic revolution has run, and the current turmoil within the ANC and between the ANC and its alliance partners, are not sustainable. Turmoil born of social crisis is, we know, not least from the Great October Revolution, the terrain on which both further set-backs or major advances might be achieved. As the SACP we are well aware that our 2017 reality both locally, regionally and internationally is, in many respects, quite different from the reality of 1917. Yet there is still much to celebrate and, above all, to learn from that defining moment of the 20th century when, for the first time in human history, working men and women abolished capitalism and held imperialism at bay, against the odds and at huge human sacrifice for some seven decades.
Long live the living example of the Great October Revolution!
Cde Nzimande, SACP General Secretary
[1] Prabhat Patnaik, “The October Revolution and the Survival of Capitalism”, Monthly Review, vol.69, July-August 2017