KKE: PM Tsipras and his government are the "best students" of NATO 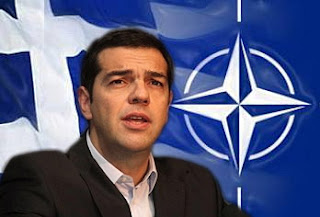 On the occasion of the NATO Summit in Brussels, the Press Office of the CC of the Communist Party of Greece (KKE) issued the following statement:

"The Summit of NATO's leaders of states and governments took the baton from last year's Warsaw Summit and, despite individual contradictions, decided the escalation of its (NATO's) attack against the people, thus confirming the criminal role of this imperialist organisation.


- The acceleration, completion of the implementation of the Warsaw resolutions and the strengthening of the systematic presence of NATO forces in Eastern and Central European, Baltic and Black Sea countries in conjunction with the deployment of the missile shield system in the region, within the framework of the competition with Russia, by gathering dangerous military forces at its borders.

- The strengthening of NATO's involvement on the war in Syria with participation in the imperialist coalition of states in which the USA have a leading role, for the promotion of their interests in this country and the wider region of Middle East-Northern Africa.

- The presence of NATO forces in Eastern Mediterranean and the Aegean Sea, the continuation of the intervention in Afghanistan and Iraq.

The multifaceted pretext about "combating terrorism" and "control of migratory flows" do not convince anyone, when it is known that NATO, the USA, the EU firmly supported the so-called islamist terrorism for the destabilization and partitioning of countries, for the promotion of their war plans. These are the causes of the exacerbation of migratory and refugee flows. 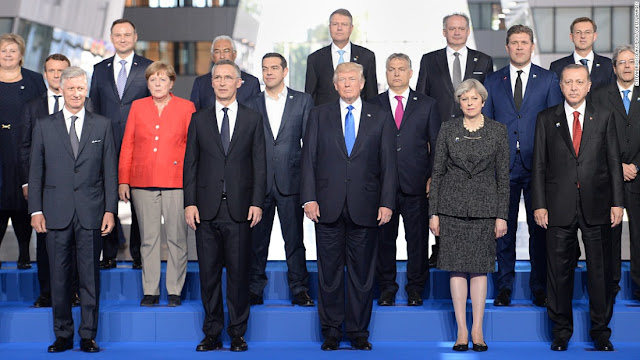 The SYRIZA-ANEL government and the Prime Minister are becoming the "best students" of NATO. They overbid the role of Greece in the framework of the Alliance, as it is proved by the expansion of the Souda base and the coverage, from the Greek side, of the enormous NATO's expenditures. The goal of the "geostrategic upgrade" has to do with the Greek capital's participation in the "prey" of the wars, while for the people it means huge dangers.

The developments require the intensification of the struggle for our country's disengagement from NATO and the other imperialist organisations. No involvement in the war plans and interventions. Closure of the foreign military bases in Greece and return of the Greek soldiers who serve outside of the borders. Common struggle and people's solidarity against the imperialist wars, the bourgeois classes and their warmongering policy for their own profits."