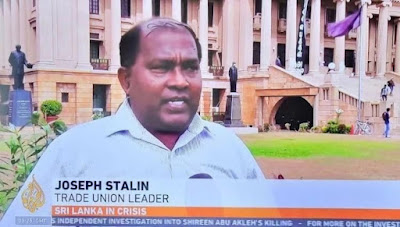 Sri Lanka trade union leader, General Secretary of Ceylon Teachers Union, Joseph Stalin who was arrested on August 3 has been released on bail.

Upon his release on Monday 8 August, Stalin told reporters that Sri Lanka’s youth-led Aragalaya (Struggle) protests will continue against what he called the suppressive actions of President Ranil Wickremesinghe’s government.
Read more » 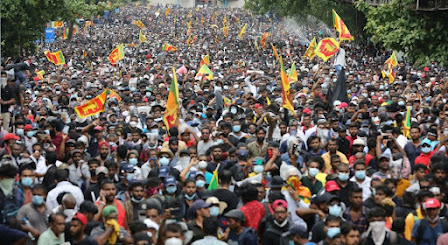 On the occasion of the large demonstrations in Sri Lanka, the Press Office of the CC of the Communist Party of Greece (KKE) pointed out on 9 July:

“The KKE expresses its full solidarity to the great struggle of the working class of Sri Lanka. It condemns the brutal crackdown against the mass popular mobilizations which consist a decisive response to the rise in prices, the shortages in basic goods, the generalization of the people's impoverishment. It supports the struggle of the People's Liberation Front (JVP), the country's communists, for the overthrow of the anti-people policy and the defense of the workers and people's rights”.
Read more » 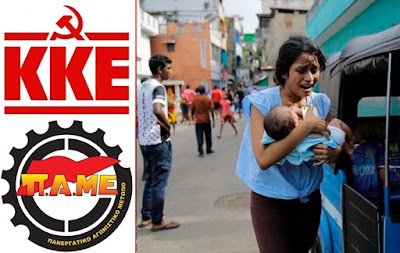 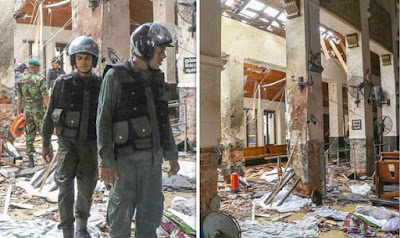 The World Federation of Trade Unions (WFTU), on behalf of its 97 million members in 130 countries of the 5 continents, expresses its sincere condolences to the families of the victims in Sri Lanka.
We join our sadness and sorrow with the working class and people of Sri Lanka who faced this terrorist attack resulting in the unjust death of hundreds of innocent people.
The international class-oriented trade union movement condemns this terrorist act, which consequences will be against the people and the workers, regardless of the physical and moral perpetrators.
Read more »