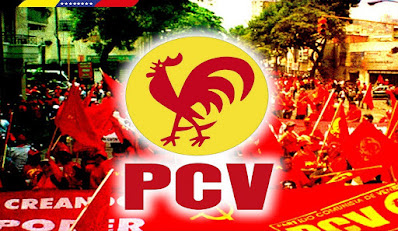 Venezuela Elections 2020: The Communist Party (PCV) is back in the National Assembly! 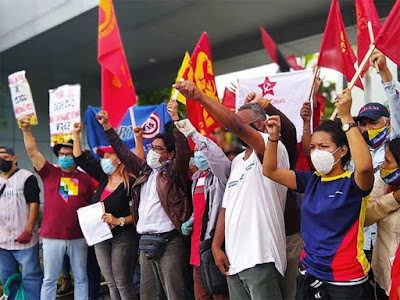 The parliamentary election in Venezuela is over, the people voted and the Communist Party (PCV) is back in National Assembly! Despite facing censorship and blockade by the media, the electoral alliance “Popular Revolutionary Alternative” (APR), backed by the PCV and other political groups, received 2.75% of the votes.

The Communist Party will be represented in the National Assembly by its General Secretary Oscar Figuera who has been elected a deputy.

With a low turnout of 30.5% of eligible voters, Nicolas Maduro's social democratic United Socialist Party of Venezuela (PSUV) and its allies swept the December 6th parliamentary elections and regained control of the National Assembly. According to the National Electoral Council, the PSUV-lead “Great Patriotic Pole” alliance has gained 68% of the votes and is projected to win at least 189 of the 277-seat assembly.
Read more »

On the political situation in Venezuela: Letter by the Communist Party (PCV) 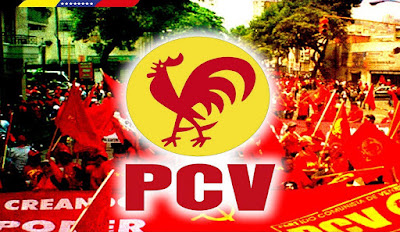 In a letter addressed to the fraternal Communist and Workers' Parties of the world, the Political Bureau of the Central Committee of the Communist Party of Venezuela (PCV) describes the major issues concerning the current political, economic and social situation in Venezuela.

It must be noted that in August, the Communist Party of Venezuela along with other parties and political groups formed an anti-imperialist alliance under the name "Popular Revolutionary Alternative" (Alternativa Popular Revolucionaria- APR).

The full letter of the Political Bureau of the PCV, which was published in Solidnet, is the following: 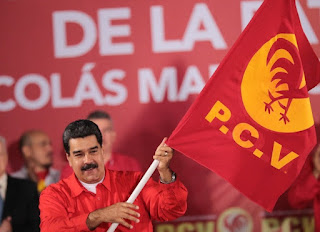 A week ago, the resolution of the PCV's 14th National Conference had proposed a "PSUV-PCV Unified Pact" based on a "broad coalition of political and social forces".
According to an agreement released yesterday by the national press, the pact includes 17 actions in order to protect social struggles, safeguard the rights of the working class and the projection of more social, economic and political initiatives.
Read more » 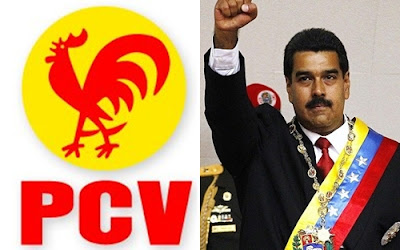 The 14th National Conference of the Communist Party of Venezuela (PCV), which was held last weekend in Caracas, evaluated the current political, social and economic situation and discussed the Party's stance in the upcoming elections. The PCV's Conference Resolution talks about "a broad coalition of political and social forces” as part of a "PSUV-PCV Unified Pact" in order to tackle "Venezuela's dependent and rentier capitalism with anti-imperialist, patriotic and popular political and socio-economic actions".
Read more »