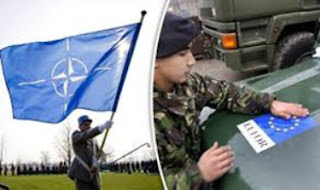 These developments reflect the contradictions among the governments within the EU and NATO as well as their contradictions with other imperialist centers and rival powers which are focused on the control of hydrocarbons and energy pipelines in the Middle East, in Northern Africa, in Eastern Mediterranean and other regions.
Read more »