The 21st International Meeting of Communist and Workers' Parties (IMCWP), which was held in Izmir on 18-20 October 2019, issued some joint resolutions on a variety of contemporary issues.

APPEAL of the 21st IMCWP
20 October 2019, Izmir.
The 21st International Meeting of Communist and Workers’ Parties has taken place once again in Turkey after four years, this time in Izmir, under the mutual responsibility of the KKE and the TKP. The 137 participants representing 74 parties from 58 countries, express their comradely gratitude to both parties for undertaking this responsibility.
This year is the 100 th anniversary of the founding of the Comintern. We witnessed numerous situations that prove to us again and again the importance of solidarity and joint struggles of communist parties and the importance of the union of the revolutionary efforts for the overcoming of capitalism as a destructive world system with no future.
Read more »
Posted by In Defense of Communism 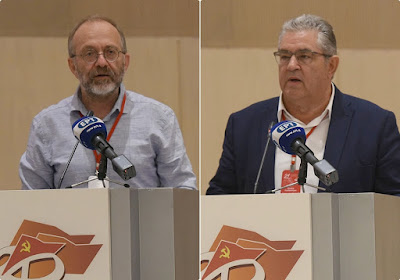 Below, you can read the full transcripts of the opening speeches delivered by the General Secretaries Dimitris Koutsoumbas and Kemal Okuyan.
Read more »
Posted by In Defense of Communism 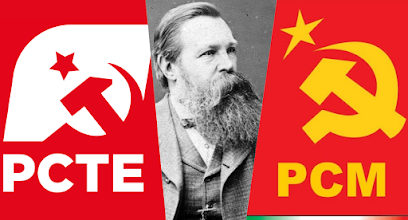