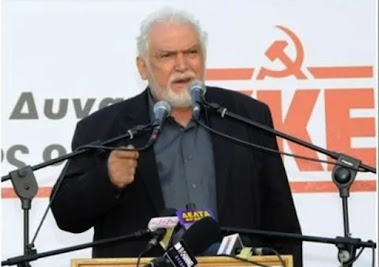 A staunch leftist, Kostas Kazakos was among the artists who protested actively against NATO's imperialist war in Yugoslavia in 1999, participating in anti-war demonstrations in Athens.

In the 2007 Greek legislative elections he was elected an MP of the Communist Party of Greece (KKE) and he was re-elected in 2009, holding this position until 2012.

In a statement issued today, the Press Office of the Central Committee of the KKE expresses deep sorrow for the death of Kostas Kazakos, characterizing him a gifted actor, generous personality and valuable comrade.