Statement of the KKE on the death of Mikis Theodorakis 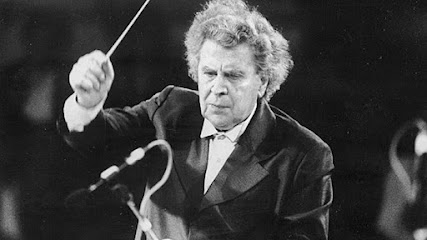 In a lengthy statement, the Central Committee of the Communist Party of Greece (KKE) pays farewell to Mikis Theodorakis, the world-renowned  Greek composer who died on Thursday morning aged 96.
Statements concerning the death of Mikis were also issued by the Communist Youth of Greece (KNE), the All-Workers Militant Front (PAME), the National Union of Fighters of the National Resistance and the Democratic Army of Greece (PEAEA– DSE), Trade Unions and Associations.

The full statement of the KKE reads:

"With deep emotion and a standing ovation we say goodbye to Mikis Theodorakis, a fighter and creator, mentor and pioneer of a new, militant art in music. Impulsive, inspired and ignited by the passion of offering to the people, Theodorakis managed to fit in his majestic work the whole epic of the 20th century's popular struggle of our country. After all, he himself was part of this epic.

From the age of 17 he organized in EAM and shortly after in the KKE, taking part in the National Resistance. In December 1944 he fought in the battle of Athens, which was drowned in blood and after the defeat of the Democratic Army he, alongside his comrades, faced the savage persecutions of the bourgeois state, being exiled in Ikaria and the martyred Makronisos, where he was brutally tortured. He then fought through the ranks of EDA and the Lambrakis' Youth for the cultural renaissance, while he faced new challenges, imprisonments and exiles for his underground action against the dictatorship of the Colonels in 1967. The concerts he gave abroad, until the fall of the dictatorship and later throughout Greece, were sensational. In 1978 he was the KKE candidate for mayor in Athens, while in 1981 and 1985 he was elected MP of the Party. “I lived my most powerful and beautiful years in the ranks of the KKE”, he said during an event organized by the Party in honor of the 90 years of his artistic and social contribution.

Indeed, Theodorakis never forgot the ideals of freedom and social justic, which remained unfulfilled. His work is a continuous confrontation with injustice and defeatism, a trumpet of struggle, of new struggles, of resistance, of exaltation and hope. “Do not weep for Romiosini (Greece)... when on the verge of yelding... it jumps again” is his answer to the bitterness and frustration of a people whose dreams have not yet taken revenge.

This determintation in life and struggle is not shallow and always easy. Sometimes it emerges through a torturous reflection. Undoubtedly, Mikis, as well as he knew how to strike against every small and big injustice, just as well he knew how to establish the belief that love, happiness, peace and freedom are achievable. But also, as powerfully he handled the “double-edged sword” and the “shining sword” of his music, he easily knew how to soften his music, touching with tender sensitivity every good and beautiful thing in life and the world.

Mikis' music is fermented with all those materials that create the great art, the one that captures the pulse of its time and anticipates what is coming. The feeling, the mind, the memory and the experience of the people who fight are the source of his inspiration. “What we made we took from the people and we give it back to them”, he was saying and this was not modesty. Theodorakis was deeply aware that his times played an important role for his personal artistic achievement. He was fully aware that the special way and dynamism of his art reflected the actions of the people and that his own participation in popular activity, although to some extend it was distracting him from creation, was his oxygen. “The artist who lives and creates within the struggle, secures a special place for his work”, he was saying. His work is a brilliant proof that great art is always political, independently of its creator's intentions. 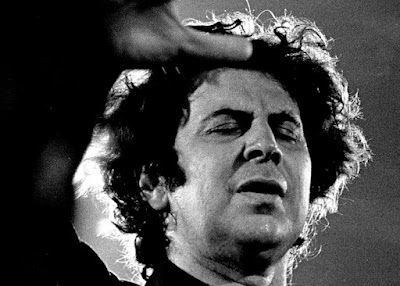 Theodorakis had also confidence in the people. He believed that the people has the power to achieve the hightest and most beautiful created in the history of mankind. That is why, with sacred devotion, he cultivated an art that raises the people. Mikis not only set the poetic word to music in an excellent way without betraying it, but he recreated and delivered it in a form that enters directly into the people's hearts. “He brought poetry to the people's table, next to his glass and bread”, as Ritsos wrote about him. It is not only the unrepeatable conversation of his music with Ritsos' poetry in “Epitafios” that, through the sensational performances of Bithikotsis kai Chiotis became a timeless folk mourning and hymn to death that fertilizes the future. Through poetry, Theodorakis succeeded to speak to the people's soul, even through demanding and unsual to the common ear music forms, such as those in Elytis' “Axion Esti”, “Epifania Averof” of Seferis, “Pnevmatiko Emvaitio” of Angelos Sikelianos and others.

In the river of his work almost all kinds of music coexist: Popular and folk song, but also ancient tragedy, byzantine, classical music, symphonic music, oratorios. A versatile and multi-talented intellectual, he also had a rich literary work. In the case of Mikis Theodorakis, artistic genius met a restless, alert and creative personality, who always felt the need to overcome himself. His music surpassed the country's borders, as long as its language has the universality of the common sufferings, the hopes and the visions shared by all the people, all the humble ones on earth. The worldwide recognition of his artistic and social contribution was sealed by the Lenin Peace Prize. And tomorrow, with his music, all the people in Greece, Turkey, Cyprus, the Balkans, the Middle East, everywhere on earth, we will sing the song of peace.

Mikis liked to walk and breathe “in the big streets under the posters”. And his music will continue to be heard, to inspire, to motivate, to educate. With Mikis' music we will continue to walk until... “the bells of social liberation ring”. But even when the “war is over” we will not forget him... He will be with us even when the “dreams become red”.
Mikis, immortal!"
IN DEFENSE OF COMMUNISM ©