Mikis Theodorakis: I want to leave this world as a communist 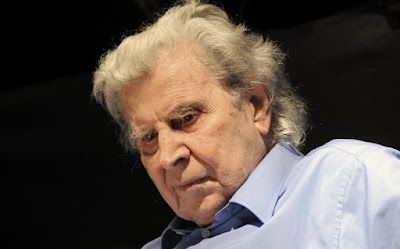 Mikis Theodorakis, anticipating the end of his life, had contacted by telephone the Secretary General of the Central Committee of the Communist Party of Greece, Dimitris Koutsoumbas, giving him the stigma of his last wishes.

In his personal letter on October 5, 2020, to Dimitris Koutsoumbas, he wrote: "Now at the end of my life, at the time of reckoning, the details fade from my mind and remain the big picture. So I see that my most critical, strong and mature years were spent under the banner of the KKE. That is why I want to leave this world as a communist."

The great composer and fighter of social justice, democracy and peace, Mikis Theodorakis, died yesterday, 2 September, at the age of 96. Read here the statement of the Communist Party of Greece.