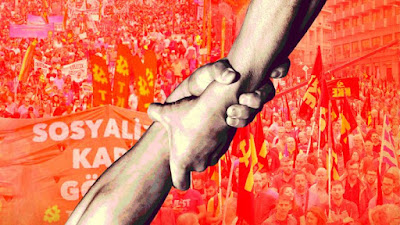 Following a tradition of 30 years, since 1991, the Anti-imperialist camp of the Communist Youth of Greece that takes place very summer consists a meeting point for thousands of young communists, men and women, from every part of the country.

This year's camp in Lesvos is marked by the participation of young communists from Turkey, showing the fraternal relationship between the KKE and TKP and consists an example of solidarity between the working people in both countries.