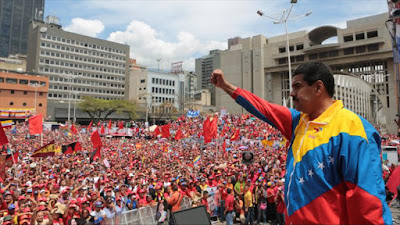 The Revolutionary Government of the Republic of Cuba strongly condemns the sabotage perpetrated against the Venezuelan electrical power system, which is a terrorist act intended to harm the defenseless population of an entire nation, and taking it hostage in the non-conventional war launched by the government of the United States against the legitimate government headed by comrade Nicolás Maduro Moros and the civic and military union of the Bolivarian, Chavista people.


Several U.S. politicians have rushed to celebrate an action that deprives the population from an essential basic service; leaves hospitals without the power they require to work; disrupts other basic services which are indispensable  in the everyday-life of people, such as food, water supply, transportation, communications, public safety, trade, bank transactions, and crtedit card payments. Such acts affect work in general and the proper functioning of schools and universities.
The sequence and modality of these actions remind us of the sabotage perpetrated against the oil industry in 2002 by a U.S. company that owned and operated the automated system that controlled production, refining, transportation, and distribution of oil.
This adds to the ruthless economic and financial warfare imposed on Venezuela with the clear intention to subjugate, through shortages and deprivation, the political and sovereign will of a people that has not been brought to its knees.
This is an escalation of a non-conventional war led by the U.S. government against this sister nation, which is taking place after the failed provocation  orchestrated on February 23 with the intention of introducing by force alleged humanitarian aid into Venezuela, thus challenging the legitimate authorities of the country and violating international law and the principles and norms of the United Nations Charter, with the purpose of causing widespread death and violence as a pretext for a “humanitarian intervention.”
The experience of Cuba’s own history and the history of other countries in the region show that these actions are a prelude to violent acts of a larger scope, as was the case of the armed invasion at the Bay of Pigs in 1961.  The international community has accumulated sufficient evidence to be on the alert.
The usurper and self-proclaimed “president” made in the U.S. has publicly said that, when the time comes, he would invoke Article 187 of the Constitution to authorize the use of foreign military missions in the country; and has repeated exactly the same phrase used by his U.S. mentors: “All options are on the table.”
He just needs to receive an order from Washington, since it is known that, during his tour through South America, he has already asked certain governments to support a military intervention in his country.
The offensive launched against Venezuela has been accompanied by a ferocious campaign of McCarthyist propaganda and lies coordinated by U.S. National Security Advisor, John Bolton, as a pretext to apply by force the Monroe Doctrine, for which he has counted on the active participation of anti-Cuban Senator Marco Rubio, who has frantically resorted to social networks, thus evidencing his personal interest and conspiratorial involvement in the maneuvers perpetrated against Venezuela.
One of the most relentless and shameless statements made is the slanderous assertion that Cuba has “between 20 and 25 thousand troops in Venezuela” which “exercise control” on that sovereign sister nation and  “keep” the members of the glorious and combative National Bolivarian Armed Forces “under threat”.  Cuba categorically rejects that lie and equally strongly refutes any insinuation that there is some level of political subordination of Venezuela to Cuba or Cuba to Venezuela.
John Bolton is a well-known liar, whose trajectory goes back a long way. He was the U.S. government official who, in 2002, accused Cuba of having a program to develop biological weapons, a fallacy that was publicly denied by former Secretary of State Colin Powell, who was his superior at the time; and by former President James Carter. This falsehood also obliged Bolton to undergo a U.S. Congress investigation.
Back in 2003, Bolton was also among those who disseminated the lie that the government of Iraq had weapons of mass destruction and a program to develop them.  Such a lie, after being repeated at every level of the U.S. government and magnified by the corporate media, served as a pretext for the aggression and military occupation of that Middle East country by the United States at a cost of almost one million deaths and millions of displaced Iraqis, plus thousands of U.S. soldiers killed and wounded during a military campaign whose goal was also oil.
As has been publicly announced and is known by all honest and well-informed persons, bilateral relations between Cuba and Venezuela are based on mutual respect, true solidarity; a shared commitment, based on the ideas of Bolivar, Marti, Fidel and Chavez , with the integration of an independent and sovereign “Our America”; the willingness to practice complementary cooperation among all peoples of the South and the common effort to implement and defend the Proclamation of Latin America and the Caribbean as a Zone of Peace.
The projects contained in the Comprehensive Cooperation Agreement that was signed between the two countries involves the participation of a little more than 20,000 Cubans, most of them women.  Ninety six per cent of them are devoted to the provision of health services to the population. Others work in other sectors such as education, culture, sports, and agro-food production. 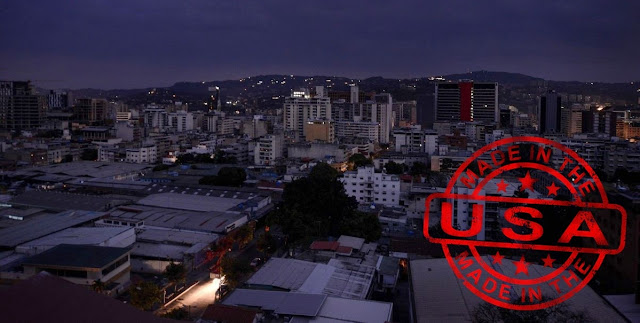 Just to mention some figures, the historical impact of that cooperation in Venezuela has been reflected in the 1,473,117 human lives that have been saved; the 717,029,310 medical diagnoses made; the medical assistance received by 62,031,309 persons suffering from eye problems; the 12,915,648 vaccines against measles and tuberculosis administered; and the 3,095,564 persons who have learned to read and write.
It is absolutely not true that Cuba is taking part in operations carried out by the National Bolivarian Armed Forces or security services.  This is a slanderous rumor deliberately disseminated by the government of the United States.  When Bolton as well as other politicians and officials of the U.S. government rely on such rumors, they are deliberately lying to pursue aggressive political purposes.  They have sufficient data and information and know the truth.
Cuba does not interfere in the internal affairs of Venezuela, just as Venezuela does not interfere in Cuba’s internal affairs.
Unlike the United States, which has some 80 military bases in Latin America and the Caribbean, including one on usurped Cuban territory in Guantánamo; and around 800 across the entire planet, with more than 250,000 quartered troops, Cuba does not have any bases in any country; or specialists in torture and police repression; or secret prisons; or naval or air forces prowling around the coasts or the immediate air space of sovereign states; or satellites watching every single detail.
It was through the use of lies that imperialism promoted the bloody coup d’état of Augusto Pinochet in Chile and many other coups and repressive dictatorships in the region.  It was through the use of lies that more than 10,000 defenseless citizens were assassinated during the military invasion against Panama in December of 1989.   It was through the use of lies that the military aggression and destabilization of Libya was perpetrated.
It was with lies that the United States and other powers fully supported, until the very last minute, the opprobrious apartheid regime in South Africa.
The Revolutionary Government warns and denounces the tendency of the government of the United States to lie without limit or restraint whatsoever, which has already had dangerous consequences in the past, that could be replicated in the present.Havana, March 11, 2019.