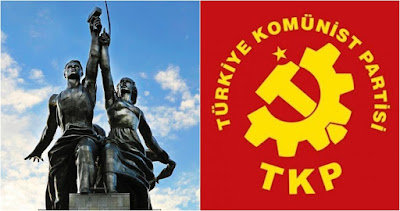 101 years ago, on November 7, 1917, workers and poor villagers came to power in Russia defeating exploitative bosses. This historical event which was known as the October Revolution due to the calendar used in Russia in those times is extremely critical for two reasons. First of all, it should be emphasized that the working people in revolt against inequalities rose up with the will to change the system. The right to get rid of the unfair and exploitative social system, in other words, the right to a revolution, was exercised substantially for the first time with the October Revolution. The revolution eradicated the old system and paved the way for a classless and non-exploitative system. Thus over time, a country spanning a wide geography called The Union of Soviet Socialist Republics came to exist. This is the second reason behind the uniqueness of the October Revolution in the history of the humankind.

The collapse of Soviet Union due to internal and external factors in 1991, which aimed to build a completely classless, equal, free, fraternal and prosperous society, that is to say to build communism, does not mean that it is impossible to realize communism and that capitalism is a superior system. On the contrary, despite imperialist interventions and Nazi barbarism which had cost over 25 million Soviet citizens’ lives during Second World War, Soviet Union not only eradicated hunger, poverty, unemployment and injustice but also thanks to industrialism based on central planning, it transformed itself into a super power. Besides achieving huge successes in science, it also provided an environment for unique creative productivity in the cultural-artistic field. After the collapse of the Soviet Union, in the Russian Federation and in old Soviet Union Republics, tens of millions of people suffered from unemployment, poverty, corruption, homelessness and social decay. Average life expectancy was shortened and many gains of working class were destroyed.

Today apart from a few exceptions, capitalism is in power all around the world. In order to destroy these exceptions, imperialism keeps using every kind of military, political and economic means. Cuba, for many years despite the blockade placed by the US, did not give up from socialism option. Democratic People’s Republic of Korea is forced to live with military intervention threats of US. Behind the intolerance against these two countries lays the effort to eradicate the idea of finding any alternatives to this exploitative system.

It is possible and necessary to defeat capitalism. It is compulsory to destroy a system which can not offer anything but crisis and wars, which forces billions of people to experience hunger and poverty and which is based on inequality itself. The communism is the only way to overcome capitalism. The yearning for classless and non-exploitative society can be realized only after having ended the domination of parasite class that gets rich by exploiting others.

1917 Revolution was the forerunner of a revolutionary wave which embraced the whole world. Notably in Europe and in all capitalist countries, large masses of people were revolting against war, hunger and injustice; ruling classes were being overthrown, the flag of liberty and equality was being raised everywhere. The National Liberation Struggle which started in 1919 in Anatolia was shaped by this wave after Ottoman Empire was divided up between victorious imperialist countries following the First World War. This struggle waged under the leadership of Mustafa Kemal, thanks to its determined stance against imperialist occupation and obsolete Ottoman institutions became a significant part of the revolutionary front. Young Soviet State got in contact rapidly with the struggle in Anatolia, gave military and financial support, advocated for its rights in the international arena. National power in Ankara showed respect to Soviet Union’s interests and developed a friendly relationship.

After the declaration of the Republic on October 29 of 1923, the Anatolian resistance movement became a ruling class project and thus it entered into the process of capitalization rapidly in accordance with the class character of its leadership. Although the Turkish Republic was relatively independent politically and economically at the beginning, after a while it shared the inevitable end of all bourgeois revolutions as the reactionary character of its capitalist class became more and more dominant. As the bourgeoisie got stronger, the oppression towards the poorly organized working class increased while economical and political relations with the imperialist system developed. Besides, a hostile attitude towards the Soviet Union took shape. Weakening the founding principles of Republic such as independence, secularism, statism, populism was not a matter of any personal preference but of the capitalist class itself. After a certain point, the system in place completely got rid of all these principles which were already disgraced by Americanist, reactionist and anti-people policies. Imperialist countries and the capitalist class of Turkey went into partnership with AKP. The result is obvious. The Turkish Republic was founded by a revolution and is defeated by a counter-revolution.

The Republic is liquidated. This liquidation manifests itself not only through complete eradication of the principles of republic that were debased over time but also by not having any actors within the system who might fight to regain even a small part of these principles. Therefore within the system, ending AKP authority would not mean returning to the 1923 soul. In other words, regarding the capitalist system of Turkey, AKP does not have any alternative economically or politically.

Until now what prevented AKP from founding its new regime instead of the Republic it demolished is not the dynamics within the system or inner balances of system politics but instead the social resistance which is against AKP’s “new Turkey” design and which is quite unlikely to be liquidated in the near future or medium term. AKP can not transform the authority which it gets through political platform into a social hegemony. Therefore AKP’s new Turkey can not stabilize as a whole. However if the aforementioned resistance can not be converted into an energy for an uprising with a working class and revolutionary character, in the long run it will fade or will become part of AKP’s legalization process through small changes and will disappear after having helped the solution regarding the tension between political and social platforms within the system. 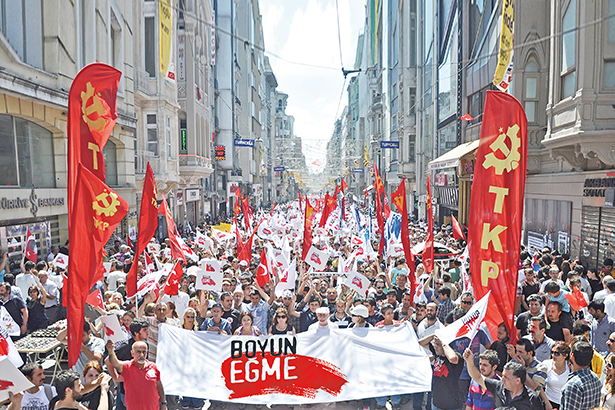