A sea of red flags in the center of Athens gave a militant response to the new imperialist intervention of the USA, Britain and France against Syria. Thousands of workers, young people and women, participated in the demonstration organised by the Communist Party of Greece (KKE) on Saturday evening, expressing their firm condemnation of the imperialist attack in Syria.


The protesters gathered in Syntagma Square and marched towards the U.S. embassy, shouting slogans such as "Our enemies aren't the neighboring people, but the bases and NATO" and "The enemy is one, Imperialism".

The massive demonstration was attended by the General Secretary of the CC of the KKE Dimitris Koutsoumbas who delivered a speech.

An exceptional aspect of the anti-war rally was the participation of soldiers of the Greek army who expressed their oppposition to the participation of Greece in the imperialist plans and wars. "The soldiers are the people's children, they have no job outside the borders" was one of the slogans heard during the march.

The demonstrators burned flags of the USA, the EU, France and Britain and wrote antiwar slogans on the facade of the embassies' buildings. 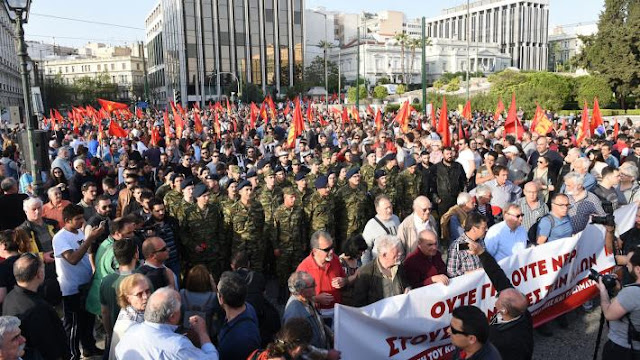 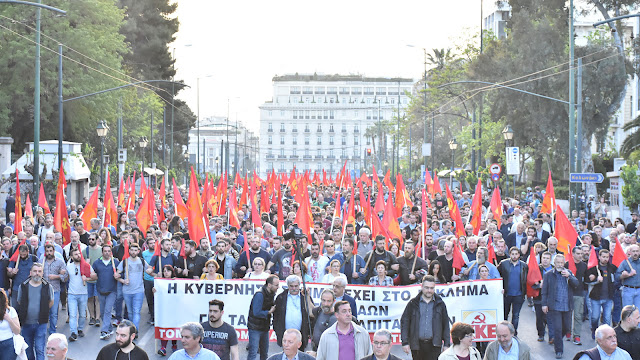 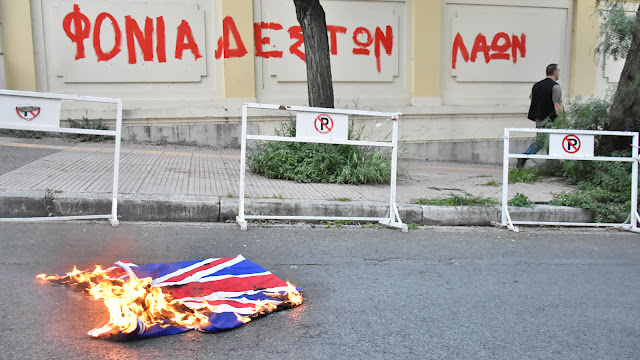 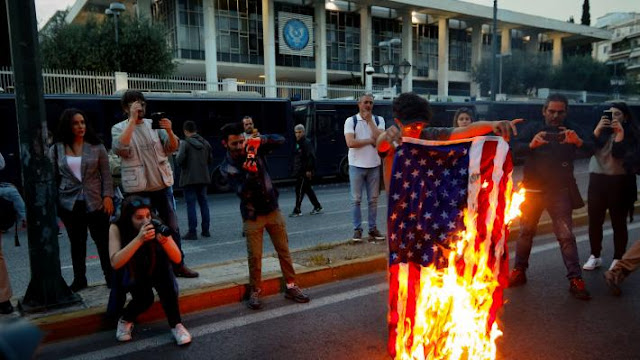 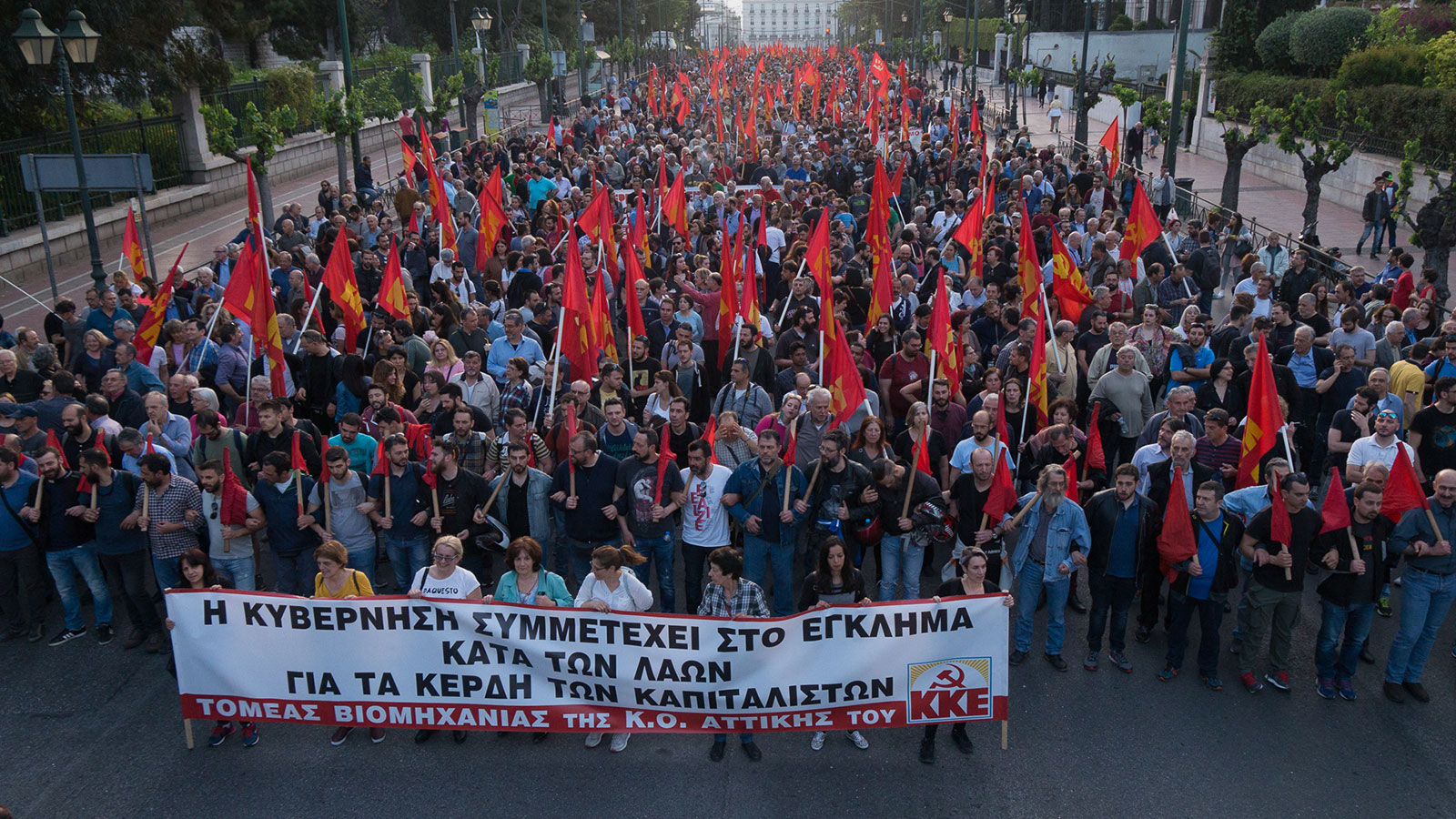 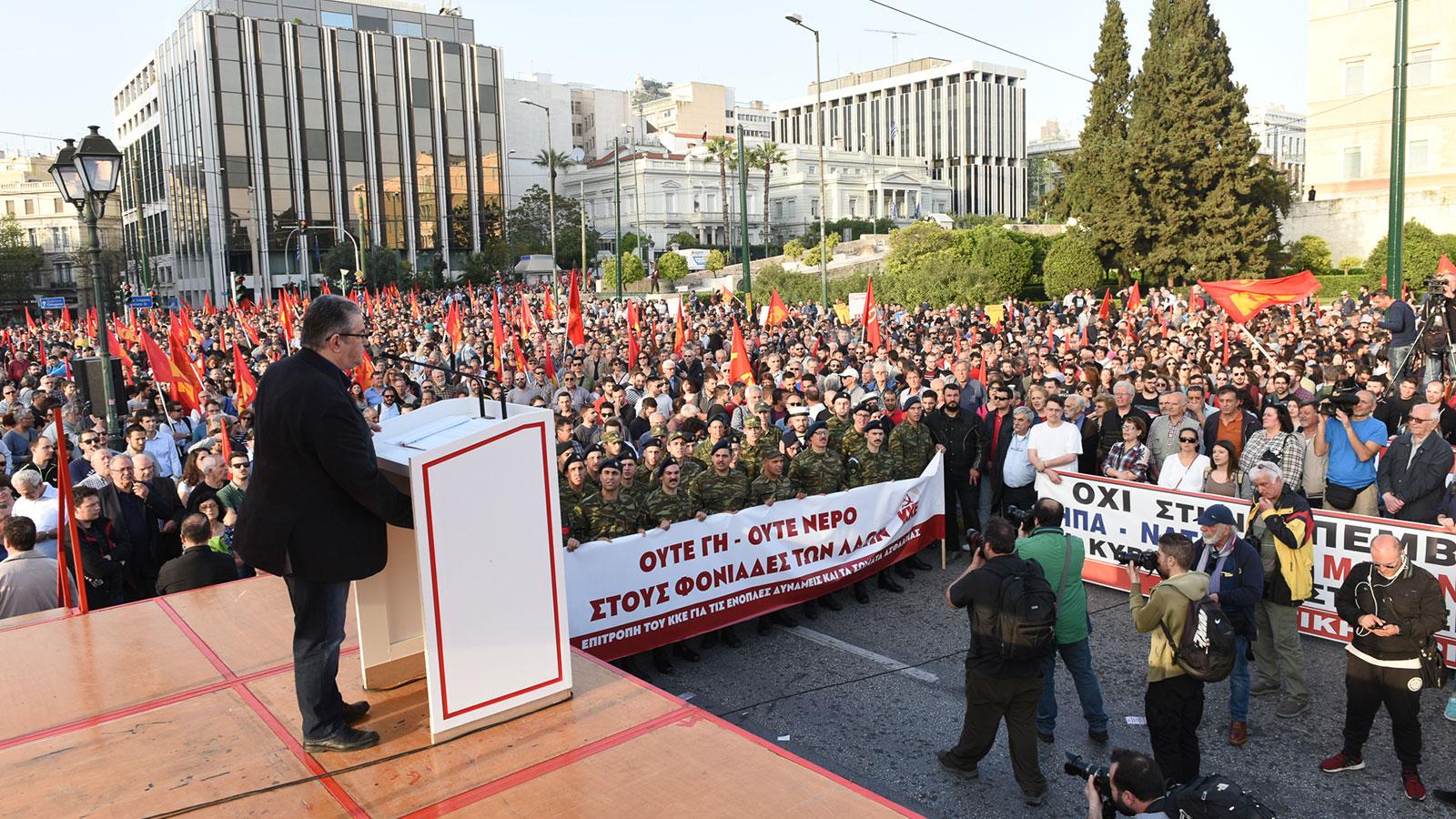