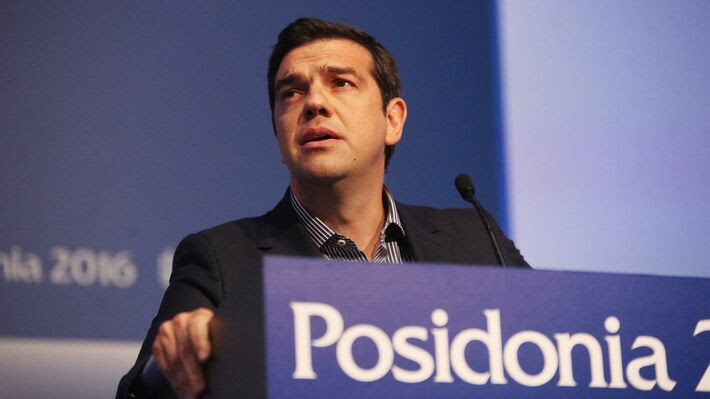 In Defense of Communism, with info from 902.gr.

The Greek shipping industry is a global power in the maritime sector. In 2015, the Greek Merchant Navy controlled the world's largest merchant fleet in terms of tonnage. Shipowners from Greece epitomize the power of the Greek bourgeoisie- according to a 1975 law, they have at least 70 tax breaks (!), while their fortunes are estimated in billions of dollars.

The Greek Prime Minister- and SYRIZA's leader- Alexis Tsipras choosed the Maritime exhibition "Posidonia 2016" in order to express his strong will to serve the interests of the shipping industry. Addressing the event in Athens, Tsipras called the ship-owning billionaires to "trust the government" and praised the Greek shipping capital for it's "plan" and "vision". In his effort to convince the shipping giants that his government is an ally of the bourgeois-class, Alexis Tsipras said: "We feel the need to convince the Greek shipowners to trust us as far as we try to reform the Greek economy".

While Mr.Tsipras and his government extend the harsh, barbaric austerity against people, he invites the big Capital in a common front for the restart of Greece's economy. This is the "development model" that Alexis Tsipras and the SYRIZA-ANEL coalition government want. A "development" for the interests of the big Capital; a strong shipping industry with immense profits and no rights for the workers.


At least €140 billion of shipping industry money has gone untaxed since 2002 (Der Spiegel, 2014), while up to €60 billion, mostly belonging to shipping giants, are estimated to be the Greek funds in Switzerland. In first half of 2011, the 16% of the total capital given for ship-building internationally, was belonging to Greek-owned companies - What the Capitalist Economic Crisis has taught us; June 1, 2016.

The "fair development" of Tsipras is the following: huge profitability for the Greek shipping giants which are privileged with numerous tax breaks, low wages and no working rights for the dockworkers and the formation of a market in the tourist sector (ferry links in the Aegean and Ionian Seas) according to the interests of the shipping companies. 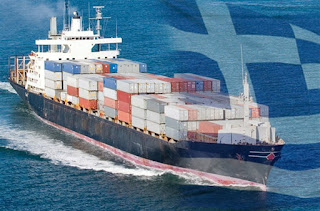 Meanwhile, the Shipping Industry seem to be very pleased by the stance of Tsipras' government. Talking to reporters, the President of the Greek Shipowners Union Theodoros Veniamis said that the Prime Minister's remaks were "The best!" and added: "What's best for the Maritime Industry other than that?".

Once again, Alexis Tsipras and his government prove that they are servants of the big Capital. The supposed "radical leftism" of SYRIZA has been proved a total joke; a tragic joke for the Greek working people, for the low-income people and pensioners.