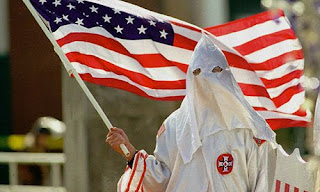 SACRAMENTO, CALIFORNIA- At least ten people have been stabbed after clashes broke out during a rally outside State Capitol in Sacramento, California. The violence broke out between far-right activists from the Traditionalist Worker Party (TWP) and counter-protesters. The Traditionalist Worker Party members, often described as a neo-Nazi group who have links to white supremacy and far-right causes, showed up for a planned rally at the Sacramento Capitol, where they were met by activists from Antifa Sacramento counter-protest, local media report.

The rally, organized by the TWP, was also attended by members of the Golden State Skinheads, Blood & Honor, National Socialist Movement and Ku Klux Klan. Sacramento Fire Department (SFD) said a total of seven patients were transported to nearby hospitals from the site of the incident, some of them in critical condition from stab wounds. They however didn’t specify which group the injured were from.

Estevan Hernandez of the ANSWER coalition, who participated in the counter-protest, says he witnessed the moment most violent clashes broke out and claims they were “attacked by fascists.”

“Police were trying very, very hard to get the fascist right-wingers to have their demonstration. So there was a police line preventing our forces, anti-racist, from pushing back on the fascists. So, every now and then, at the corner of the capitol building different fascist would just pop-out… trying to get on the capitol grounds,” Hernandez told RT. “And when they came up to the protest line of the protesters, our movement, they started violently attacking our supporters. One of the people who came with us today was knocked on the ground, they kicked him repeatedly, and some people were stabbed, in fact.”