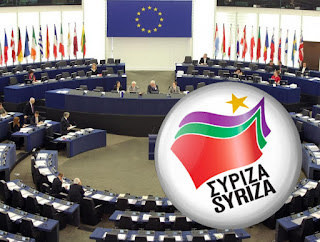 "KKE votes against the resolution because it further promotes the privatization of the railways project, in detriment to the industry's workers and the passengers as well.


We, nevertheless, underline the enormous political audacity of parties and political groups in the European Parliament which, with in the most shameless way, mock the people. We refer to SYRIZA, the government of which in Greece, in it's dirty role as the "useful for the system Left", crush the people and, on the other side, gives the public property to the lenders for a period of 99 years, thus privatizing everything including the railways.

This is SYRIZA and it's mockery. A supposedly "left" crutch of the bourgeois political barbarity. This GUE and the Party of the European Left, a political house of the memorandum parties. We leave them to the people's judgement".