KKE: No to Greece's involvement in US-NATO plans in Eastern Europe 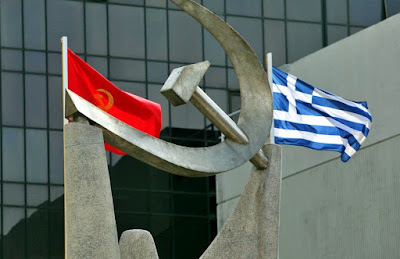 Following the rapidly escalated situation in Ukraine and the Greek government's siding with the US-NATO-EU alliance against Russia, the Press Office of the CC of the Communist Party of Greece (KKE) issued today a statement underlining that the country's involvement in the imperialist plans pose great dangers for the Greek people.

“In the face of the danger of escalation of the conflict in Ukraine between the US-NATO-EU and Russia, the crucial issue for the Greek people is the disengagement of our country from these dangerous plans in which it participates, under the responsibility of the government and the assent of the other parties. The latest proof of this involvement is the fact that “Apache” helicopters, which are already in Greece and specifically in the helicopter base of Stefanovikio, are going to be relocated to Poland, as part of the strengthening of American forces in Eastern Europe.

It is reaffirmed that with the Greek-US agreement on military bases, which was launched by the SYRIZA-ANEL government and now becomes permanent by the ND government, the country has become a vast US military base and a center for the promotion of military forces, creating grave dangers for the Greek people.

The US-NATO bases must be closed down now! No Greek military unit must be send to Ukraine, to countries bordering her or to any other imperialist missions!”. 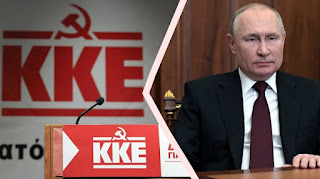 — KKE: On the recognition of the so-called "People's Republics" of Donbass by Russia 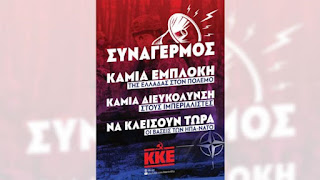 — KKE: "ALERT! NO PARTICIPATION OF GREECE IN THE WAR"