Solidarity with the workers and staff in U.S. airlines — No to layoffs, pay cuts and anti-labor measures! 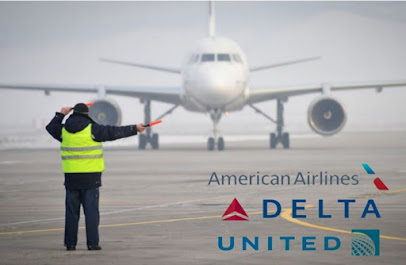 Employment will drop by 90,000 full-time employees by December, according to Airlines for America trade group, which represents major U.S. airlines.

The 90,000 job losses will bring U.S. airlines employment to its lowest level since the mid-1980s by year's end as a result of more than 30,000 furloughs at airlines such as United and American and thousands of other workers from Southwest, Delta Airlines and other carriers accepting buyouts, CNBC reported.

In a statement, the Secretariat of the World Federation of Trade Unions (WFTU) expressed its support to the workers and staff in U.S. airline companies.

The World Federation of Trade Unions (WFTU), representing 105 million workers in 132 countries on the 5 continents, supports the workers of the airline companies in USA. According to “Airlines for America”, 90.000 job positions are estimated to be lost until December. The number of employees will fall to its lowest level since 1987, as employees will be the ones to suffer the effects of the crisis once again.

The Airline companies pledged in spring not to lay off any workers until September 30, in exchange for $ 25 billion in state subsidies. United Airlines and American Airlines laid off 32,000 workers in October, blackmailing the US state for higher subsidies.

The big business groups, the monopolies, the airlines, the big hotel owners, do not have other interest than the continuation of their profitability. While they had turnovers of trillions, now they are threatening with lay-offs, salary cuts or even closure, because they saw their profit margins being decreased. But their profits come from the work of their employees, who work under harsh exploitation.

The WFTU stands on the side of the workers and staff in US Airlines and calls them to strengthen their struggle, against layoffs and anti-worker measures that big companies are imposing to overcome the crisis to the detriment of the working class. We demand the protection of all job positions, the protection of workers’ health against the Pandemic in the workplaces and in general, as well as the protection of their income for a dignified life for themselves and for their families.