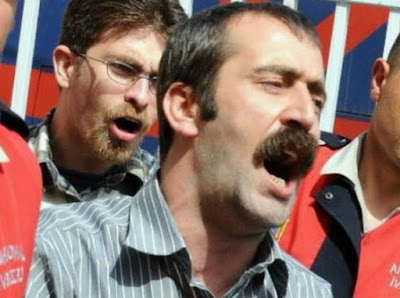 The Communist Party of Greece (KKE) has expressed its firm opposition to the Supreme Court 6th Section's decision regarding the extradition of journalist Turgut Kaya to Turkey.

According to 902 portal, on Wednesday 11th of July, the member of the Party's Central Committee and MEP Kostas Papadakis met with representatives of the Solidarity Committee for Turgut Kaya, in order to be informed about the condition of his health (Kaya has been on hunger strike for more than 40 days).

Papadakis pointed out that the KKE supports T.Kaya and has demanded from the SYRIZA-ANEL government to exercise all lawful measures in order to reverse the Supreme Court's decision. It must be noted that on June 2nd, the parliamentary representative of the KKE Thanasis Pafilis communicated with the Minister of Justice Stavros Kontonis, asking him to stop the extradition process of Turgut Kaya.

The All-Workers Militant Front (PAME) has also demanded the non-extradition of Kaya to Turkey. In a statement, PAME demands from the Minister to "immediately exercise his lawful jurisdiction in order to avert the decision of the Suprepe Court", pointing out that his extradition in Turkey poses serious dangers for his life. Similar statements, opposing Kaya's extradition, have been issued by the Greek Committee for International Detente and Peace (EEDYE) and the Greek Committee for International Democratic Solidarity (EEDA).

Turgut Kaya, a journalist by profession, was arrested by Greek police in April 2018 on an Interpol search warrant. According to the International Committee for Solidarity with Political Prisoners, Kaya was arrested for the first time by the Turkish state in 1992 for student actions for academic and democratic rights.

After two months imprisonment in Bayrampasa prison, he was again arrested in 1994 on charges of membership of an “illegal organization” (Revolutionary People's Liberation Party-Front (DHKP-C). During this arrest, it was tried to have him disappear during detention, whilst the Turkish police denied his arrest for over a week. During this kidnapping Kaya was subjected to the most severe torture methods such as the Palestinian hook and electric torture and was subsequently arrested, however was acquitted again. 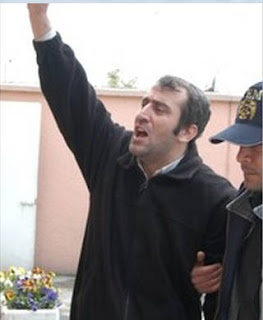 In 1997, he was once again arrested and tortured under the pretext of membership of an “illegal organization”. After being detained in a prison where also “confessors” were held, he was sent to Bergama prison due to “death threats” from these confessors. In 2000 he was acquitted after three years imprisonment.

In 2005, Kaya started working for the newspaper Özgür Gelecek, continuing his responsibilities as the editor, before he was arrested again in 2006 and severely isolated for six more years. A year out of his imprisonment he was subjected to severe isolation where he was not allowed to have any contact with any relatives. During this time, he was again subjected to severe torture, ranging from naked searches to arbitrary beatings to severe disciplinary punishment. Until his release in 2012, he was held under torture and bad conditions in the Type F prison.
In April 2015, while being in Greece, he was arrested in a simultaneous operation carried out by five countries, including the Turkish state and was released after 40 days in detention.