Nazim Hikmet was a poet but also one of the greatest intellectuals of his era who never stopped to have a strong interest for the social and political developments. He studied Economics and Sociology at the Communist University of the Toilers of the East in Moscow and became a member of the Communist Party of Turkey in 1923. For his communist ideology, he was prosecuted and imprisoned multiple times. In 1949, an international committee comprised by world-renowned figures like Pablo Picasso, Jean Paul Sartre and Paul Robeson campaigned for his release from the Turkish prisons. 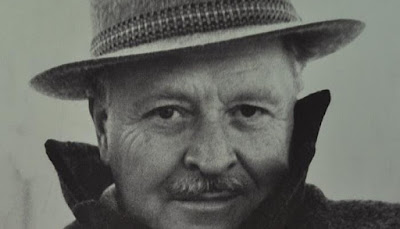 When the Greek bourgeois state and its imperialist allies executed Nikos Beloyannis, Hikmet dedicated a poem to his comrade, the "man with the carnation":

SCIENTIFIC CONGRESS ORGANIZED BY THE COMMUNIST PARTY OF GREECE IN HONOR OF NAZIM HIKMET, ATHENS, 13-15 JUNE 2015.

The GS of the CC of the KKE , Dimitris Koutsoumpas, underlined that “The flame of Hikmet which set hearts on fire can not be extinguished, as long as there are people, militants, who will struggle to improve life and make it more beautiful” in his address to the 4th Scientific Conference organized by the CC of the KKE on 13-14 June 2015 and dedicated to Nazim Hikmet.
In the last two months, the KKE has carried out a series of political and cultural activities with the aim of honouring and promoting the great Turkish communist poet Nazim Hikmet and his very important work. In this framework there were film screenings, concerts with Nazim’s poetry put to music both in Greek and Turkish. The activity ended with the scientific conference on N. Hikmet’s work, which was held in the headquarters of the CC of the KKE.
Speaking at the conference, Dimitris Koutsoumpas, GS of the CC of the KKE, noted that the Scientific Conferences of the CC of the KKE have now become a very important institution, a very important event.  They began in 2010 with the first Conference dedicated to the Greek communist poet Giannis Ritsos, the second to the Greek communist poet Kostas Varanalis, while the third dealt with the German communist writer Bertolt Brecht and this year the fourth one on Nazim Hikmet.
D. Koutsoumpas, on behalf of the Central Committee of the KKE, warmly thanked the comrades from the Communist Party (Turkey) for their valuable assistance in organizing this Conference, both in terms of providing material about Hikmet’s work, and also in terms of the important cultural activities carried out in the recent period, such as film screenings, concerts with the participation of the “Nazim Himet” Cultural Centre of Istanbul, the theatrical performance at the beginning of the Conferences, as well as their participation during the conferences through their contributions and speeches.
The GS of the CC said amongst other things: “Nazim Hikmet: a great poet for his country, for humanity. A consistent militant, one of those unbowed by the class struggle. A real internationalist and for this a true patriot. A communist until the end of his life, for this reason a friend of peace and an enemy of the war mongers, nationalism, racism, fascism. Nazim deeply believed that the only way humanity could be saved was through socialism. He utilized all his art, all his creativity to pave the way for the future battles of humanity. But he was certain and clear about another thing as well. Above all the existence of the party, the communist party, was a necessary precondition for the destruction of capitalism, the  disappearance of imperialist barbarity, the end of the lords, bosses and plutocrats.
At the end, he mentioned the KKE’s constant concern “for vanguard art to become the property and weapon of the vanguard class, for the constant interaction between art and the labour-people’s movement.”
The GS of the CC of the KKE ended his speech by referring to the fact that this year’s events of the 41st festival of KNE-Odigitis have a slogan inspired by Nazim Himet’s verses: “We have a centuries-old impetus… We will emerge victorious even if our sacrifices are great.”
Aydemir Guler and Asaf Guven Aksel, members of the CC of the Communist Party (Turkey), participated in the Conference on behalf of their party.

Nazim Hikmet was inspired by the Great October Socialist Revolution of 1917 and was influenced by poets like Vladimir Mayakovsky. In his poetry, the vision for a socialist-communist future co-exists with romanticism thus creating poetic masterpieces equivalent to those written by Federico Garcia Lorca, Pablo Neruda and Louis Aragon.

As a conclusion to this post dedicated to Nazim Hikmet, we the "The little girl from Hiroshima" or "The Little Girl", performed by Joan Baez and music by Zülfü Livaneli.