KKE: The Greek people must denounce and isolate the Nazi thugs of Golden Dawn 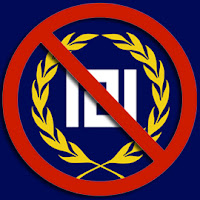 On the 17th of January 2017, thugs from the neo-Nazi party of “Golden Dawn”, at a time when the trial concerning the murderous activity of this fascist organization is continuing, gathered outside a school in one of the working class neighbourhoods of Piraeus. They intended to prevent the children of the refugees from attending the primary school.

Α group of about 20 members of the neo-Nazi party headed by Golden Dawn MP Yannis Lagos started quarreling intensely with parents and teachers ahead of the parents’ meeting which was expected to decide on whether to allow 22 child refugees to attend the school. The meeting was held with the participation of the mayor of Perama, the teachers and the parents.


The KKE together with dozens of trade unions denounced the new attack by Golden Dawn.

The Press Office of the CC of the KKE in its statement calls on the Greek people, parents, school students, teachers "to denounce and isolate Golden Dawn, to oppose it by extending their solidarity to the refugee children who have been driven out of their countries, because of the wars and barbarity. They must intensify their joint struggle against the wars that sow death and force people into becoming refugees.”

The Ministry of Education issued a statement condemning the raid of the fascists in the school.