The costs of Obama administration's so-called "War on Terror", according to data from the "National Defense Budget Estimates for FY 2017," Table 2-1, March 2016.

2009 - $197.1 billion: President Obama took office. He sent 17,000 more troops to Afghanistan in April. He promised to send another 30,000 in December. He focused on attacking resurgent Taliban and al-Qaida forces on the border with Pakistan. That added $59.5 billion to Bush's FY 2009 budget. Voters reelected Karzai amidst accusations of fraud. Obama announced he would draw down troops in 2011. Iraq forces regained control of Baghdad's Green Zone.
2010 - $181 billion: Obama funded an orderly wind-down of U.S. troops in Iraq by 2011. Surge forces were sent to Afghanistan.  NATO agreed to turn over all defense to Afghan forces by 2014.
2011 - $162.4 billion: Special Forces took out Osama bin Laden on May 1, 2011. Obama announced he would withdraw 10,000 troops from Afghanistan by the end of the year, and 23,000 by the end of 2012. OCO costs rose to $158.8 billion. Troops left Iraq by December.
2012 - $119.6 billion: Obama announced the withdrawal of another 23,000 troops from Afghanistan in the summer, leaving 70,000 troops remaining. Both sides agreed to hasten U.S. troop withdrawal to 2013. Their presence had become unwelcome. U.S. contractors stayed in Iraq to protect American interests. (Source: "Afghanistan War Timeline," The New York Times, June 22, 2011.)
2013 - $49.6 billion: U.S. forces shifted to training and support role. Taliban and U.S. reignited peace negotiations, causing Karzai to suspend his negotiations with the United States.
2014 - $88 billion: Obama announces final U.S. troop withdrawal, with only a goal of only 9,800 remaining at the end of the year. (Source: "Afghanistan War," Council on Foreign Relations.)
2015 - $67 billion:  Troops trained Afghan forces. (Source: DoD 2015 OCO Amendment)
2016 - $89.5 billion: Troops returned to Iraq to train local soldiers to fight ISIS.The DoD also requested funds for training efforts in Afghanistan, and training and equipment for Syrian opposition forces. It also includes support for NATO, and responses to terrorist threats. (Source: DoD 2016 OCO Amendment)
2017 - $64.5 billion: The DoD requested $58.8 billion for Operation Freedom Sentinel in Afghanistan, Operation Inherent Resolve in Iraq and the Levant, increased European support, and counterterrorism.(Source: DoD 2017 OCO Amendment). 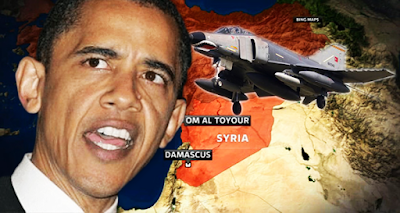 According to research by the London-based Bureau of Investigative Journalism, more than 7000 people have been killed during Mr Obama’s tenure by people controlling drones inside rooms far from any war zone. Of those, the bureau suggests almost 900 have been civilians, including as many as 110 children.
Obama, who began his presidential term as "peace pigeon" was proved a steady servant of U.S. Imperialism. The U.S. foreign policy under the new President, Donald Trump- despite his different declarations and rhetoric- is not going to change substantially.  In any case, the intense intra-bourgeois confrontation in the U.S. is based on the need of strengthening the position of the American capital and monopolies internationally. Capitalism is the "womb" of war.
IN DEFENSE OF COMMUNISM ©.