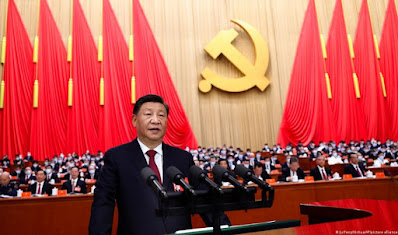 "Over the past decade, we have stayed committed to Marxism-Leninism, Mao Zedong Thought, Deng Xiaoping Theory, the Theory of Three Represents, and the Scientific Outlook on Development, and we have fully implemented the Thought on Socialism with Chinese Characteristics for a New Era as well as the Party's basic line and basic policy."

That leaves “Marxism,” by itself, without Leninism. The report has 29 occurrences. Here, too, the word is often a label with no content, for example, "our Marxist party."

A good number of times Xi uses the word to jump from unexplained Marxism to whatever the CPC does today: "adapting Marxism to the Chinese context." This phrase or a variant occurs six of the 29 times. Xi never explains how Marxism was adapted, what the improvement was, nor why it is still Marxist.

Xi's most extensive and revealing "Marxism" statement is this one:

"To uphold and develop Marxism, we must integrate it with China's fine traditional culture. Only by taking root in the rich historical and cultural soil of the country and the nation can the truth of Marxism flourish here. With a history stretching back to antiquity, China's fine traditional culture is extensive and profound; it is the crystallization of the wisdom of Chinese civilization. Our traditional culture espouses many important principles and concepts, including pursuing common good for all; regarding the people as the foundation of the state; governing by virtue; discarding the outdated in favor of the new; selecting officials on the basis of merit; promoting harmony between humanity and nature; ceaselessly pursuing self-improvement; embracing the world with virtue; acting in good faith and being friendly to others; and fostering neighborliness. These maxims, which have taken shape over centuries of work and life, reflect the Chinese people's way of viewing the universe, the world, society, and morality and are highly consistent with the propositions of scientific socialism."

Lenin certainly advised communists to learn from the entire treasure of historical and world culture – by a critical method:

"Marxism ... far from rejecting the most valuable achievements of the bourgeois epoch, has, on the contrary, assimilated and refashioned everything of value in the more than two thousand years of the development of human thought and culture." ("On Proletarian Culture," 1920)

Xi Jinping does the opposite. He recites a list of virtues praised in traditional Chinese culture. They are Confucian commandments at best, banal "everyone should be nice to everyone else" homilies at worst. Xi gives no example of Leninist refashioning. On the contrary, when Xi praises China's "fine traditional culture with a history stretching back to antiquity," he closes the door to asking:

How did the landed gentry exploit peasants to the maximum while mouthing Confucian sayings?

How did the insinuation of capitalism into China affect dynastic rule?

What moral philosophy helped the communist revolutionaries fight from 1921 to victory in 1949?

In socialist society, how can popular morality get past Confucian-tinged platitudes?

The realities of class 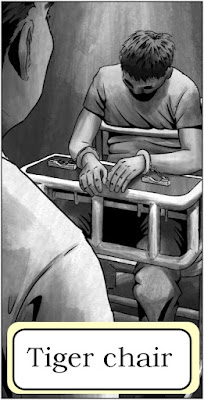 The Gorbachev crowd who finally killed the Soviet Union did it badly. Deng Xiaoping and the bourgeoisie in the Communist Party of China were more sophisticated. They kept the Communist Party name. From 1978 on, dishonoring all that the Chinese people had done under the banner of communism, they broke up the peasants' communes, turned state factories into capitalist companies, abandoned plans that allocate overall investment, and made the big state-owned firms into the monopoly capitalist, profit-driven possession of one or another clique of the ruling capitalist elite.

In short, usurping the foundations laid by collective labor in the socialist years, the leadership from Deng to Xi pushed the Chinese people along the road of capitalist industrialization. Today China is an industrial power. Its Gini coefficient of income inequality nearly matches that of the United States. The families of the top officials, including Xi Jinping, amass fortunes of several hundred million dollars.

More than two hundred million working people migrated to far-off cities. They toil for low wages in construction jobs, they deliver food and packages at pitiful piece rates, and they assemble products in sweatshop factories under barracks discipline.

A better-off stratum of white-collar and high-tech workers thought they were on their way to a good life. But owning a home has become a terrible burden or simply out of reach. Endless work hours shorten their lives. Having even one child and educating it to their social level has become a huge expense; the birth rate has fallen to an all-time low. The government is in the process of converting their retirement years from a comfort guaranteed by social security to reliance on the same precarious financial schemes known as 401(k) accounts in the U.S.

Actual Marxism is forbidden in China. Xi Jinping mouths the term in Party speeches, but mass propaganda hardly mentions Marxism. Trying to conjure an attractive ideology, Party professors try a neo-neo-Confucianism. The government encourages jingoistic, nationalist gutter fury. None of it solves people's problems. The state condemns the first hints of popular rebellious thinking, such as the "lie flat" and "let it rot" movements of resignation from the rat race.

The police round up any circle of people who begin to retrieve Marxism-Leninism and search for a revolutionary communist path. Their first Marxist lesson is that the PRC is a dictatorship of the bourgeoisie. Jailers teach it with the fact of the tiger chair, not with words.

* Charles Andrews is the author of The Hollow Colossus.

Disclaimer: The views and opinions expressed in this article are those of the author and do not necessarily reflect the views of the site.