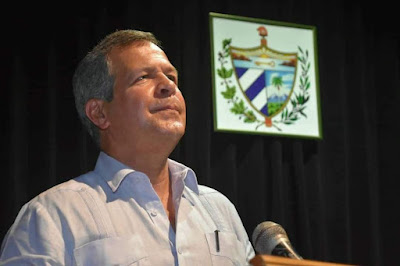 Cuban President Miguel Diaz-Canel on Friday mourned the death of Major General Luis Alberto Rodriguez Lopez-Calleja from a cardiopulmonary arrest at the age of 62.

On his Twitter account, the head of State expressed his condolences on behalf of the Cuban people: "I feel deep pain in expressing my condolences and those of the people of Cuba to the family and friends of Luis Alberto Rodríguez Lopez-Calleja. A revolutionary has left us, a man who served the Homeland and the Revolution in all its trenches"
Moreover, President of the National Assembly of People’s Power, Esteban Lazo, also mourned his death and sent his heartfelt condolences to his family, friends, colleagues, and other close people.

Cuban Prime Minister, Manuel Marrero, described the Major General as a great businessman, economist, and revolutionary; “faithful to Fidel and Raul, my brother.” My support goes out to the whole family, he said.

General Luis Alberto, executive president of the Business Administration Group of the Revolutionary Armed Forces, member of the Political Bureau of the Central Committee of the Party and deputy to the National Assembly of People’s Power, has a brilliant record of service to the Homeland and the Cuban Revolution, newspaper Granma reported.
In 2020, then-U.S. President Trump put Lopez-Calleja on a U.S. blacklist that prohibited U.S. people or companies from dealing with him.