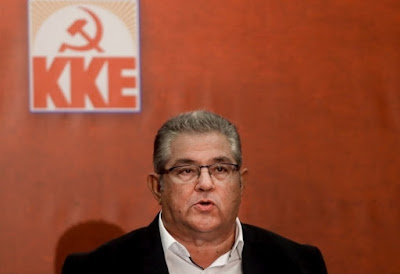 In a statement for the Armenian Genocide Memorial Day, observed on April 24th , the General Secretary of the CC of the Communist Party of Greece (KKE) Dimitris Koutsoumbas points out:

"The Armenian people were one of the great and tragic victims of Turkish nationalism and imperialist competitions of the First World War period. 106 years later we remember and honor the victims of the Armenian Genocide.

Historic memory is today even more necessary, because even today respective, dangerous competitions are intensifying and because the crime against the Armenians teaches us that, everywhere and always, the imperialists are deadly foes and not 'protectors' of the peoples".

The Armenian Genocide was the systematic mass murder and ethnic cleansing of approximately 1,5 million ethnic Armenians from Asia Minor and adjoining regions by the Ottoman Empire and its ruling party, the Committee of Union and Progress (CUP), during the First World War.