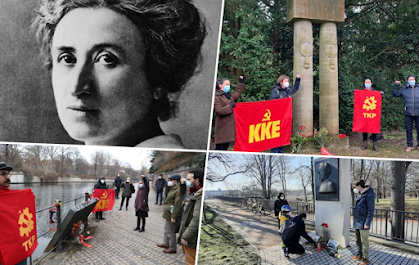 Similar events took place in other cities as well. In Hamburg, members of the KKE, alongside German and Turkish communists, paid tribute to Rosa by gathering at the memorial of the victims of the November 1918 Revolution, at Ohlsdorf cemetery.

In Dresden, KKE members deposited flowers to the memorial erected in honor of Rosa Luxembourg in 1979. After the 1989-90 counterrevolutionary overthrows the memorial was removed for a long period before being placed back in another spot.