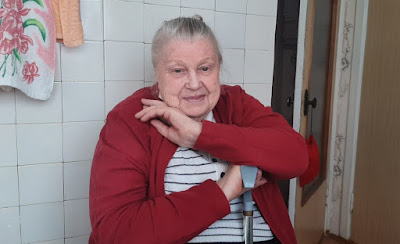 Pavlova's apartment is on a five-story building which stands on the shore of the bay next to a Soviet shipyard in Feodosia, Crimea. After the victory of the counterrevolution in the beginning of 1990s, the plant and the boiler house that provided heating to the workers' houses, was closed.
The right of free heating for all residents that socialism offered had ended. Those who had the money to pay for autonomous heating in their apartments didn't face any problem. But Pavlova wasn't able to pay and used improvised means in order to keep her apartment as warm as possible during the cold days and nights of winter.

“Since the time of Perestroika we have been freezing. Since the plundered the factory boiler house, there has been no heating. Those who had the money made it autonomous. I didn't have it. Now the winter is still mild and a few years ago the wind was blowing and our trees were frozen. Even the water was frozen”, Pavlova said to Ria Novosti news agency.

Pavlova wrote to Vladimir Putin, Dmitry Medvedev and other governmental officials about her situation but all her letters were returned to her. For years the authorities showed indifference for the case. They advised her to take a mortage or to collect 300 thousand rubles to pay for the heating device! 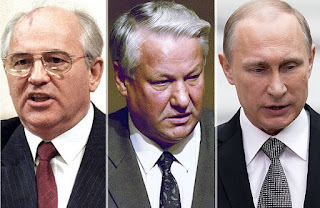 Earlier this month, after three decades, the local administration of Feodosia showed interest for the case sending employees to check out the problem in her apartment. “Heating is back in Vera Pavlova's apartment for the first time after many years”, an official of the city administration announced a few days ago. The local community was also mobilized in order to help the 85 year-old woman with the needed expenses.

The case of Vera Pavlova highlights the huge difference between socialism and capitalism. The dissolution of the Soviet Union was a real tragedy for the working class people and a major setback for their rights. Our era is an era of transition from capitalism to socialism, since capitalism has entered its reactionary stage for over a century. The overthrow of the socialist construction and the victory of the counterrevolution in 1989-1991 does not negate the necessity, the timeliness and the prospect of the revolutionary social-political activity.