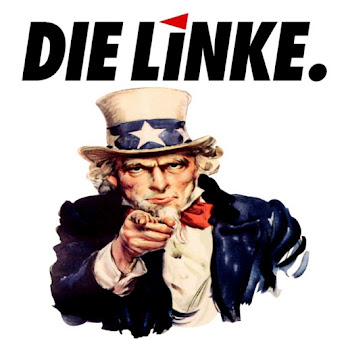 According to Neues Deutschland newspaper, Die Linke - a leading member of the Party of the European Left - adopted with a majority of 90% a resolution about the “democratization of Cuban society”, with which it expresses solidarity with the so-called “dissidents”. Under the pretext of “human rights”, Die Linke's social democrats advocate in favor of the US-backed counter-revolutionary efforts in Cuba.
Surpassing all limits of audacity and hypocrisy, the social democrats named their despicable  resolution as “Solidarity with Cuba”. But, in fact, Die Linke's solidarity goes to the U.S. government, the CIA and the anti-communist mafia in Miami.

The German working class, the country's men and women who consider themselves as socialists and leftists must turn their backs, once and for all, to Die Linke and its pseudo-leftist demagogues whose role has been exposed.