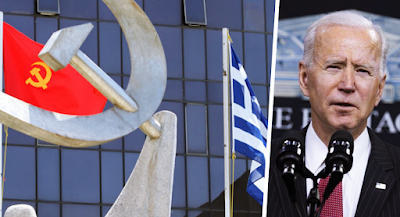 U.S. Pentagon press secretary John Kirby portrayed the bombing in Syria as “carefully calibrated” calling it “proportionate” and “defensive”.
Those who cultivated expectations about the new U.S. administration of Joe Biden have been exposed, says a statement of the Press Bureau of the CC of the Communist Party of Greece (KKE) concerning the air strikes in Syria.

The KKE condemns the new U.S. air strikes in Syria pointing out that “these developments confirm the constant intention of the U.S.A. to continue the interventions and wars in Syria and the broader region within the context of the overall competitions, while they expose all those who were cultivating expectations about the Biden presidency”.

The Communist Party stresses out that in face of these developments, “the struggle of the Greek people against the involvement of the country in the dangerous plans and competitions must be strengthened”.