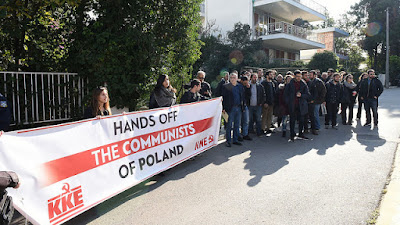 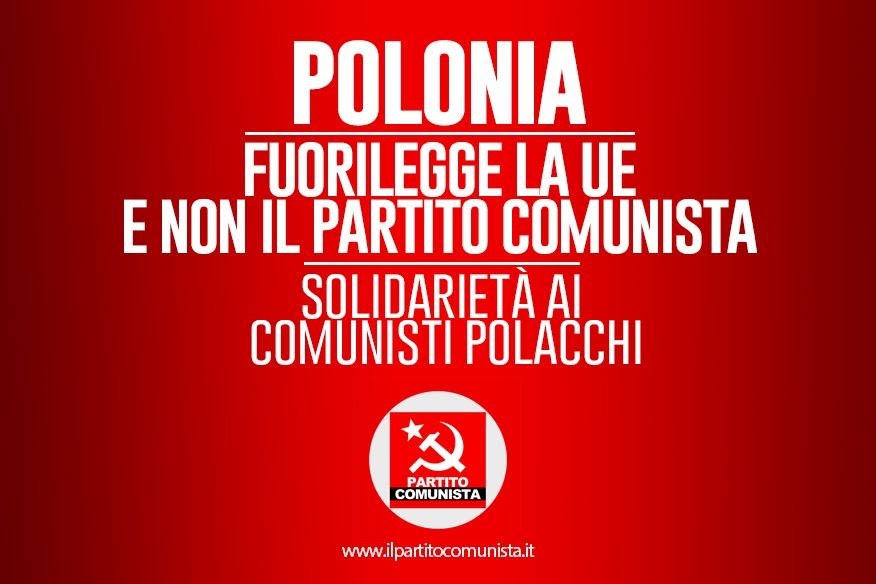 COMMUNIST PARTY OF THE RUSSIAN FEDERATION (CPRF)
On December 3, 2018 the CPRF branches in Moscow, St. Petersburg, Kaliningrad and Smolensk arranged a series of protest actions as a part of international campaign in support of the Communist Party of Poland which is under persecution of the Polish government.
Hands off the Communist Party of Poland! That was the demand of protesters to the Polish authority explicitly indicated by CPRF speakers.
In their speeches CPRF parliamentarians Valery Rashkin, Denis Parfenov and Nikolai Zubrilin (Moscow City Duma) condemned these anticommunist actions and demanded the immediate halt of all forms of persecution against the CPP and its members.
The parliamentarians highlighted that persecution of Polish communists was a part of the global campaign pursued by the Polish government in order to suffocate national progressive forces fighting for the working class.
Such a malicious political process against Polish communists unleashed by the national authority as well as its policy aimed at banning communist symbols and communist ideology cannot be legitimized or justified anyway!
The protesters have proclaimed their demands to cease history rewriting as well as  desecration of graves and monuments dedicated to the memory of Soviet soldiers who had died during the Second World War liberating Poland from fascism. They said NO to anti – Sovietism and Russophobia!
The CPRF expresses its solidarity with the communists of Poland and demands that such political persecution cease forthwith.
Posted by In Defense of Communism