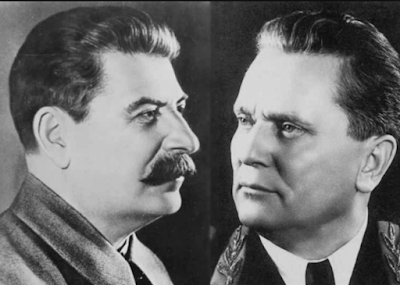 Has Tito’s group learnt any appropriate lessons from these facts?

Has Tito’s group understood that the only way out of the difficult situation into which it has lead the party and the country is to recognize its mistake, break with the policy of nationalism and return to the fraternity of the Communist Parties?

No, Tito’s group has not learnt any lessons and it does not appear that it understands these simple and unmistakable facts.

On the contrary, to all justified and comradely criticism of Tito’s group by the fraternal communist parties and the entire camp of Peoples’ Democracy and Socialism, Tito’s group is responding in the pages of Belgrade’s press with the foul language of the street, by igniting nationalist hatred towards the people of neighbouring democratic countries, widespread repressions, arrests and murders of communists and non-communists who dare to express doubts regarding the policy of nationalism pursued by Tito’s group. Very recently, Colonel-General Arso Iovanovich, a hero of the liberation struggle of Yugoslavia was murdered by the agents of Tito’s assistant, the infamous Rankovic. He was killed because he expressed doubts about the policy of nationalism and terrorism of Tito’s group. In this connection it is openly said in Yugoslavia that ‘Tito’s group has degenerated into a clan of political murderers.’

Evidently, Tito’s group has no intentions of recognizing and rectifying its mistakes. It is afraid and does not have the courage to recognize the mistakes because to recognize and rectify ones mistakes would need courage. Even worse, out of ‘fear’ it is arresting and subjecting to repression anyone who dares to remind it of its mistakes.

Lenin says: ‘How a party relates to its mistakes is the most important and convincing criteria of a party’s significance and its capacity to fulfill in deed its obligations towards its class and the working masses. Ability to recognize one’s mistakes openly, reveal its causes, analyse the conditions leading to it and conscientiously discuss the means of rectifying it is the sign of a determined party, of fulfilling one’s obligation and educating and teaching the class and, following it, the masses.’

Evidently Tito’s group just cannot be put in the rank of such courageous, honest and devoted party leaders that Lenin speaks of.

The newspaper ‘Borba’ printed from Belgrade asserts that Tito and his accomplices support the united anti-imperialist front. This, certainly, is a sham, designed to deceive ‘simple people’. In reality, which anti-imperialist positions can we talk about when this group cannot stay together in a family even with the Communist Parties of the countries close to Yugoslavia.

Of course in Yugoslavia it is not totally safe to speak openly about the campaign against the USSR and the countries of People’s Democracy as the people of Yugoslavia fully support unity with the countries of People’s Democracy and the USSR. Therefore, Tito’s group has taken to deceit and has decided to disguise this reactionary campaign behind pompous words of praise for the USSR, friendship with the USSR, the enormous role of the USSR in the national liberation movement etc. Things reached a stage that Tito’s accomplices advised Stalin to join up in this deceitful campaign and to take on himself to defend Tito’s nationalist group from criticism by the Communist Parties of the USSR and other democratic countries. The Belgrade press let loose all possible tricks and intrigues, tried out the most unexpected and ludicrous twists and turns in order to prove to the peoples of Yugoslavia that black is white and white is black, that the campaign of Tito’s group against Socialism and Democracy is of secondary importance and that ‘alliance’ with the USSR and a ‘united front’ with it is the main concern of Tito’s group. In reality it turns out that Tito’s group in this period has placed itself in a common camp with the imperialists by rubbishing the Communist Parties of countries of Peoples’ Democracy and the USSR to the satisfaction of the imperialists of the whole world. Instead of a united front with the Communist Parties we have a united front with the imperialists. The V Congress of the Communist Party of Yugoslavia has approved and strengthened the nationalist policy of Tito’s group.

The political acrobats from the newspaper ‘Borba’ demand that the Communist Parties stop exposing the mistakes of the group and that they extend support and confidence to this group as, otherwise, such a campaign can seriously harm Yugoslavia.

Lenin says: ‘Bourgeois nationalism and proletarian internationalism are two ceaselessly incompatible slogans that correspond to the camps of the two large classes of the whole capitalist world and reflect two policies (even more so, two world perceptions)’.

In circumstances when the power of the bourgeoisie has already been put an end to, the exploiter class and its agents are trying to use the poisoned weapon of nationalism in order to reestablish the old formation.

The nationalism propagated by Tito’s group in the sphere of internal politics leads to a policy of compromise between the exploited and the exploiter, to ‘uniting’ the exploited and the exploiter into a single ‘national’ front, to a policy of retreat from the class struggle, to propagating the falsehood of a possibility of constructing socialism without a class struggle, of a possibility of peaceful transformation of the exploiter under socialism i.e. to wrecking the combativeness and morale of the working people of Yugoslavia. The nationalism of Tito’s group is incapacitating the working people of Yugoslavia before their internal enemies.

A year ago, when Tito’s group did not yet expound nationalist leanings and cooperated with the fraternal communist parties, Yugoslavia was forcefully and fearlessly marching ahead supported by its closest allies represented by the Communist Parties of other countries. This was the situation in the recent past. However, after the change of course by Tito’s group towards nationalism, the situation is altered radically. As Tito’s group broke away from the united front of the Communist Parties and became scornful towards the countries of Peoples’ Democracy it began to lose its most loyal allies and found itself isolated in the face of its external and internal enemies.

Such is the distressing outcome of the policy of nationalism pursued by Tito’s group.

Tito’s group has not understood that which is absolutely clear and obvious for any Communist. It has not understood the simple truth that in the present conditions of the international situation, the solidarity of the fraternal Communist Parties, mutual cooperation and friendship of countries of Peoples’ Democracy and cooperation and friendship with the USSR is the crucial prerequisite of growth and prosperity of the countries of Peoples’ Democracy in the construction of socialism and the main guarantee of their national freedom and independence in the face of imperialist coercion.

The political tricksters from the newspaper ‘Borba’ further assert that the criticism of the mistakes of Tito’s group has now ballooned into a campaign against the Communist Party of Yugoslavia and against its people.

This is also incorrect. A year ago Tito’s group, perhaps, represented the majority in the Communist Party of Yugoslavia. But that was one year ago. At present, after it has broken with the Communist Parties, after having fought the neighbouring republics and after defecting to the camp of nationalism, Tito’s group does not any more represent the majority in the party. Now Tito’s group represents Tito’s faction enjoying the trust of only a minority in the party, that uses the State apparatus for the purpose of suppressing the internationalist majority in the party, that has thrown the party under the domination of the hangman Rankovic and that has established a regime of terror with its repressions, mass arrests and murders. Indeed, now Tito’s faction is in a state of war with its own party. Only the blind cannot see this. If Tito’s faction has been incapable of maintaining discipline in the party through usual democratic methods and has been forced to make use of mass repressions, then it means that it has already lost the trust of the majority of the Communist Party of Yugoslavia.

Tito’s faction represents only a minority in the Communist Party of Yugoslavia and does not enjoy the trust of the party but only of the administrative-police apparatus of Yugoslavia.

This article was first published in the Soviet Union in December 1948 in the name of the Central Committee of the CPSU(b).

Translated from the Russian by Tahir Asghar.