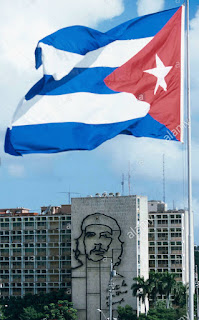 In what constitutes a setback in relations between the two countries, Trump made a speech and signed a directive policy called "Presidential Memorandum of National Security on Strengthening US Policy towards Cuba", stating the elimination of individual "people-to-people" educational exchanges and greater oversight of US travelers to Cuba, as well as the prohibition of the economic, commercial and financial transactions of US companies with Cuban companies linked to the Revolutionary Armed Forces and Intelligence and security services, all with the aim of depriving us of income.


The US president justified this policy with alleged concerns about the human rights situation in Cuba and the need to rigorously apply the laws of the blockade, conditioning its lifting, as well as any improvement in bilateral relations, for our country to make changes inherent in its constitutional order.

Trump also repealed the Presidential Policy Directive "Normalization of US-Cuba Relations," issued by President Obama on October 14th, 2016, which, while not obscuring the intrusive nature of US policy, nor the goal of advancing its interests in the pursuit of changes in the economic, political and social order of our country, had recognized the independence, sovereignty and self-determination of Cuba and the Cuban government as a legitimate and equal interlocutor, as well as the benefits it would bring to both countries and peoples a relationship of civilized coexistence within the great differences that exist between the two governments. He also admitted that the blockade was an obsolete policy and should be eliminated.

Again, the United States Government resorted to coercive methods of the past, adopting measures to intensify the blockade, in force since February 1962, which not only causes damage and deprivation to the Cuban people and constitutes an undeniable obstacle to the development of our economy, but also affects the sovereignty and interests of other countries, inciting international rejection.

The announced measures impose additional obstacles to the very restricted opportunities that the US business sector had to trade and invest in Cuba.

In turn, they further restrict the right of US citizens to visit our country, already limited by the obligation to use discriminatory licenses, at a time when the United States Congress, as a reflection of the broad sectors of that society, calls not only for an end to the travel ban, but also for the lifting of restrictions on trade with Cuba.

President Trump's announcements contradict the majority support of American public opinion, including that of Cuban emigration in that country, about the total lifting of the blockade and the normal relations between Cuba and the United States.

Instead, the US president, again badly advised, makes decisions that favor the political interests of an extremist minority of Cuban origin in the state of Florida, who for petty reasons does not give up his claim to punish Cuba and its people, to exercise the legitimate and sovereign right to be free and to have taken the reins of his own destiny.

Later we will do a more thorough analysis of the scope and implications of this announcement.

The Cuban Government denounces the new measures to tighten the blockade, which are destined to fail as has been shown repeatedly in the past, and which will not achieve its purpose to weaken the Revolution or to defeat the Cuban people, whose resistance to the aggressions of any type and origin has been proven over almost six decades.

The Government of Cuba rejects manipulation for political purposes and double standards in the treatment of human rights. The Cuban people enjoy fundamental rights and freedoms, and exhibit achievements of which they are proud and are a chimera for many countries in the world, including the United States itself, such as the right to health, education, social security, equal pay for equal work, children's rights, and the right to food, peace and development. With its modest resources, Cuba has also contributed to the improvement of human rights in many parts of the world, despite the limitations imposed by its status as a blockaded country.

The United States is not in a position to give us lessons. We have serious concerns about the respect and guarantees of human rights in that country, where there are numerous cases of murders, brutality and police abuses, particularly against the African American population; the right to life is violated as a result of gun deaths; child labor is being exploited and there are serious manifestations of racial discrimination; threatening to impose more restrictions on health services, which would leave 23 million people without health insurance; there is wage inequality between men and women; migrants and refugees are marginalized, particularly those from Islamic countries; is intended to erect walls that denigrate neighbors; and abandon international commitments to preserve the environment and address climate change.

Human rights violations committed by the United States in other countries, such as the arbitrary detention of dozens of prisoners in the territory illegally occupied by the Guantanamo Navy Base in Cuba, where they have even been tortured, are also a matter of concern; extrajudicial executions and the deaths of civilians caused by bombs and the use of drones; and the wars unleashed against various countries like Iraq, based on lies about the possession of weapons of mass destruction, with dire consequences for the peace, security and stability of the Middle East region.

We recall that Cuba is a state signatory of 44 international instruments on human rights, while the United States is only 18, so we have much to show, speak up, and defend.

In confirming the decision to reestablish diplomatic relations, Cuba and the United States ratified their intention to develop respectful and cooperative ties between the two peoples and governments, based on the principles and purposes enshrined in the Charter of the United Nations. In its Declaration, issued on July 1st, 2015, the Cuban Revolutionary Government reaffirmed that these relations must be based on absolute respect for our independence and sovereignty; the inalienable right of every state to choose the political, economic, social and cultural system, without interference in any way; and sovereign equality and reciprocity, which are inalienable principles of international law, as endorsed by the Latin American and Caribbean Proclamation as a Zone of Peace, signed by the Heads of State and Government of the Community of Latin American and Caribbean States ( CELAC), at its II Summit, in Havana. Cuba has not renounced these principles and will never give up. 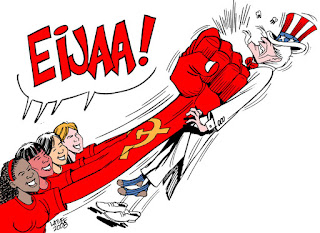 The Government of Cuba reiterates its willingness to continue a respectful dialogue and cooperation on issues of mutual interest, as well as the negotiation of pending bilateral issues with the United States Government. In the last two years, it has been demonstrated that the two countries can coexist, as the President of the Councils of State and Ministers, General of the Army Raul Castro Ruz, have repeatedly expressed, can cooperate and coexist civilly, by respecting our differences and promoting everything that benefits both nations and peoples, but it should not be expected that Cuba will make concessions inherent to its sovereignty and independence, nor will accept any kind of conditionality.

Any strategy aimed at changing the political, economic and social system in Cuba, whether it seeks to achieve this through pressures and impositions, or by using more subtle methods, will be doomed to failure.

The changes that are necessary in Cuba, such as those made since 1959 and those that we are undertaking now as part of the process of updating our economic and social model, will continue to be decided sovereignly by the Cuban people.

As we have done since the triumph on January 1st, 1959, we will assume any risk and continue to be firm and secure in building a sovereign, independent, socialist, democratic, prosperous and sustainable nation.