"Twelve million people have voted for a left-wing Labour manifesto and a majority of electors have rejected austerity policies. The Tories have no mandate for five months of public spending cuts, never mind another five years. In raising Labour's share of the poll by 10 percentage points to almost match the Tories, enthusing huge numbers of young people, Jeremy Corbyn and his leadership have been vindicated. So, too, has the emphasis placed by the Communist Party on the role of mass struggle and class politics in raising people's class consciousness, confidence and political understanding. This will help bring further advances for Labour in the new election that will be necessary in the very near future, once Theresa May resigns".
*  *  *
NEW COMMUNIST PARTY OF BRITAIN.

The following article, under the title "Get Ready For The Next Election" appears in the front page of the New Worker.
By Daphne Liddle.

THE ELECTION results are in; we have a hung parliament and Theresa May’s big gamble has turned into a fiasco for the Tories. The Tories remain the largest party in Parliament but they no longer have an overall majority.

May has refused to resign but has cobbled together an instant coalition with the Democratic Unionist Party (DUP) and is going to attempt to govern on. But this government will be anything but ‘strong and stable’ — it will be very weak and its potential to do more damage through more cuts and privatisations is now severely curtailed. The DUP is very much opposed to the Tories’ austerity policies.

The right-wing press is savaging May’s reckless gamble with the electorate and her poor performance during the campaign. They have been particularly scathing about her cuts to police and security services during her term as Home Secretary, in the light of the recent terror attacks.

Senior Tories know their government is weak and vulnerable, and there will almost certainly have to be another election before the end of the year. And given her poor performance they will not want her leading them into that election campaign.

Meanwhile Jeremy Corbyn and John McDonnell have both said that Labour is prepared to form a minority government immediately without any formal coalition but just by presenting items from their manifesto and let the other parties support or not on a case by case basis — a principled position. And they are ready and willing to take up the Brexit negotiations.

Corbyn and McDonnell are prepared to talk to European leaders — an advance on the ‘poke-‘em-in-the-eye-and-run’ stance of the Tory negotiators. The Labour leaders may seem audacious right now because they have fewer seats than the Tories, but with the Tories at war with each other and the Brexit negotiations due to begin in just 10 days Labour’s offer may become a lifeline. Audacity is good.

Corbyn has called on May to resign now, he said: “The Prime Minister called this election because she wanted a mandate. Well the mandate she’s got is lost Conservative seats, lost votes, lost support and lost confidence. “I would have thought that’s enough to go, actually, and make way for a government that will be truly representative of all of the people of this country.”

Shadow foreign secretary Emily Thornberry said: “Obviously we’re disappointed if we’re not able to form a majority government.” But she added: “For us to have come from such a long way back, supposedly, to be in a position where we could form the next government is an extraordinary performance on behalf of the Labour Party and shows what we can do when we unite.”

Green Party co-leader Caroline Lucas said: “Any Green MPs elected tonight will do all they can to keep the Tories from Number 10, and back a Labour-led government on a case by case basis.”

Labour now is more united than it has been for a long time. Corbyn has proved he is very electable and far more in touch with the values of ordinary working class people in Britain than the careerist right-wing New Labourites who were so desperately trying to bring him down a year ago. Some of them are now acknowledging their mistakes. This does not mean that in a new general election campaign Corbyn would not come under renewed slander and misrepresentation.

It has been strange to see the usual TV pundits, including Alistair Campbell and Piers Morgan expressing, their astonishment — and, for the moment, respect — at Corbyn’s success. It just shows how out of touch they are with the public mood.They have been convinced the only issue at the general election has been Brexit. But for the majority of the working class, saving the NHS, low wages, ending austerity, the housing crisis, benefit sanctions — especially on the long-term sick and disabled — these are the issues that count and would be the same in or out of Europe.

These are the issues and concerns that unite workers, old and young, male and female, black and white, in our day-to-day struggle for survival. If Brexit had been a big issue for the voters then the Liberal Democrat vote would have been a lot bigger because that was the only party standing against Brexit.

Our class has won an advance — the Tories are in retreat but they are not yet defeated. But there is little doubt that the opportunity to complete that defeat will arise soon and we must be ready. But morale is high now so it will be easier. 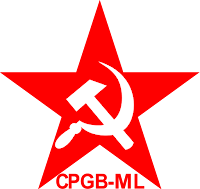 Not so strong and stable after all: May loses Brexit gamble.